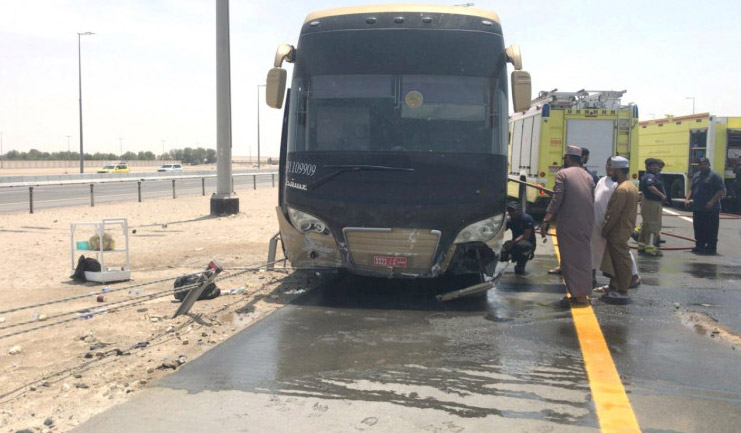 A bus carrying 52 Hajj pilgrims was involved in a traffic accident on Tuesday morning, according to the Abu Dhabi Police.

The passengers were travelling back from Makkah to the Sultanate of Oman through the UAE when the bus crashed into a metal barrier on the median strip. The accident happened on the highway of Shaikh Khalifa Bin Zayed Road in the direction of Oman.

No casualties or injuries were reported.

Colonel Mohammad Salem Al Shehhi, director of traffic and patrol department of Abu Dhabi Police, said that emergency first responders ensured that all passengers were safe, and provided them with shelter, food and drinks until an alternative means of transport was arranged.