Gulf Takeout
Home Photos The Crown Prince of Abu Dhabi and the King of Malaysia are... 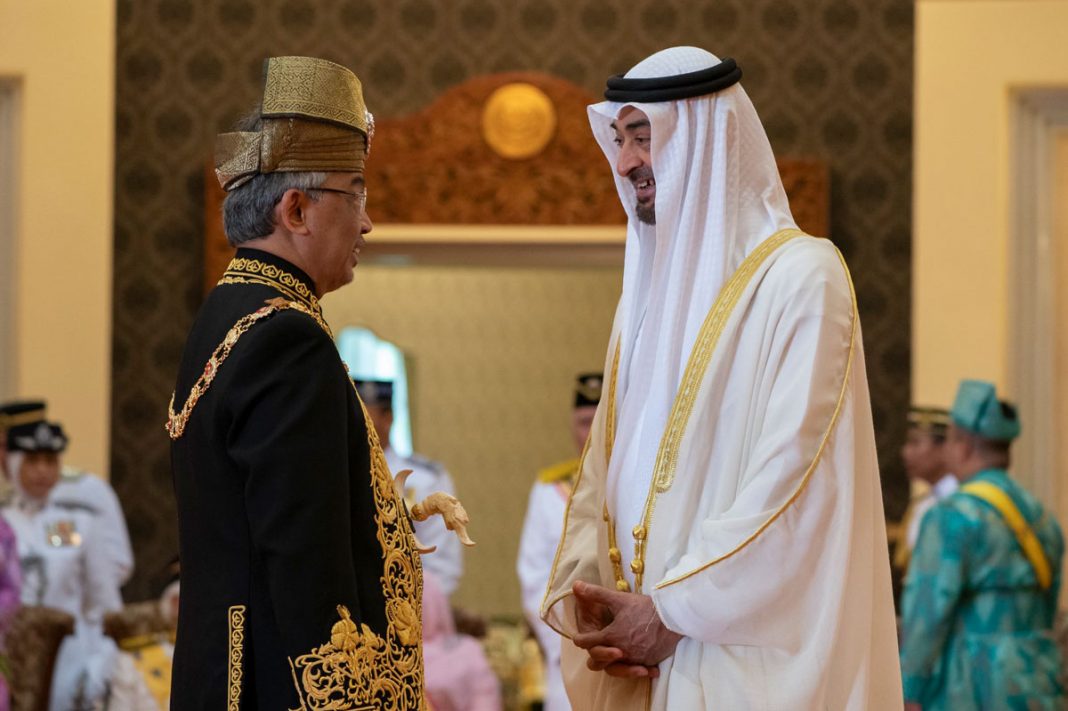 The Malaysian News Agency discovered the gem of a photo showing the rulers, in the year 1979, when they were teenagers at the Royal Military Academy Sandhurst, where they were both received their military training.

Sandhurst is known to be a starting point for many of the world’s rulers, with some of its most notable alumni including Former British Prime Minister, Winston Churchill, Prince Harry, Duke of Sussex, King Hussein of Jordan, and more.

The two recently reunited at Sultan Abdullah’s coronation as Malaysia’s 16th King on July 30, 2019, where HH Sheikh Mohammed was among the invited dignitaries.

Today I was pleased to attend the inauguration of my dear friend, Abdullah Ri’ayatuddin Al-Mustafa Billah Shah, as King of Malaysia. I wish him all success in serving his country and people. pic.twitter.com/mbbwzn6szL