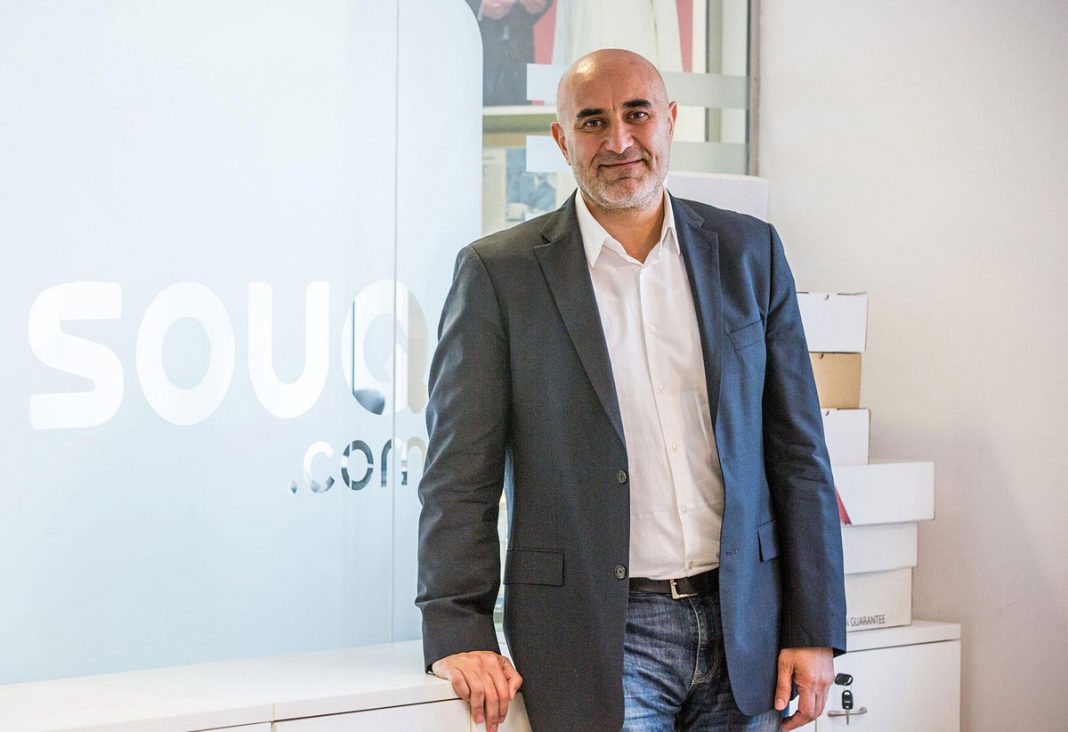 The United Arab Emirates is home to over 200 nationalities with locals only constituting roughly 20% of the total population making the country home to one of the world’s highest percentage of immigrants. The estimated 2019 population of the UAE is over 9.7 million, up from the 9.4 million from 5 years ago.

With this population, UAE is the 92nd country in the world and you won’t be surprised to know that out of the estimated 9.7 million, expats hold a very huge share of about 7.8 million with a huge number of that residing in Dubai and Abu Dhabi. Many people choose to live in the UAE because it is a country of opportunities and a lot of people have gone from nothing to something while living and working in the country. This explains the reason why so many people troop in every year to settle down in that part of Middle East.

United Arab Emirates is not only known for being a beautiful country where people come annually just to have fun and go back home; as mentioned earlier, it is a country where great opportunities can be found.

Hence, we’ll be looking at 10 popular expats that became rich and successful in the UAE. 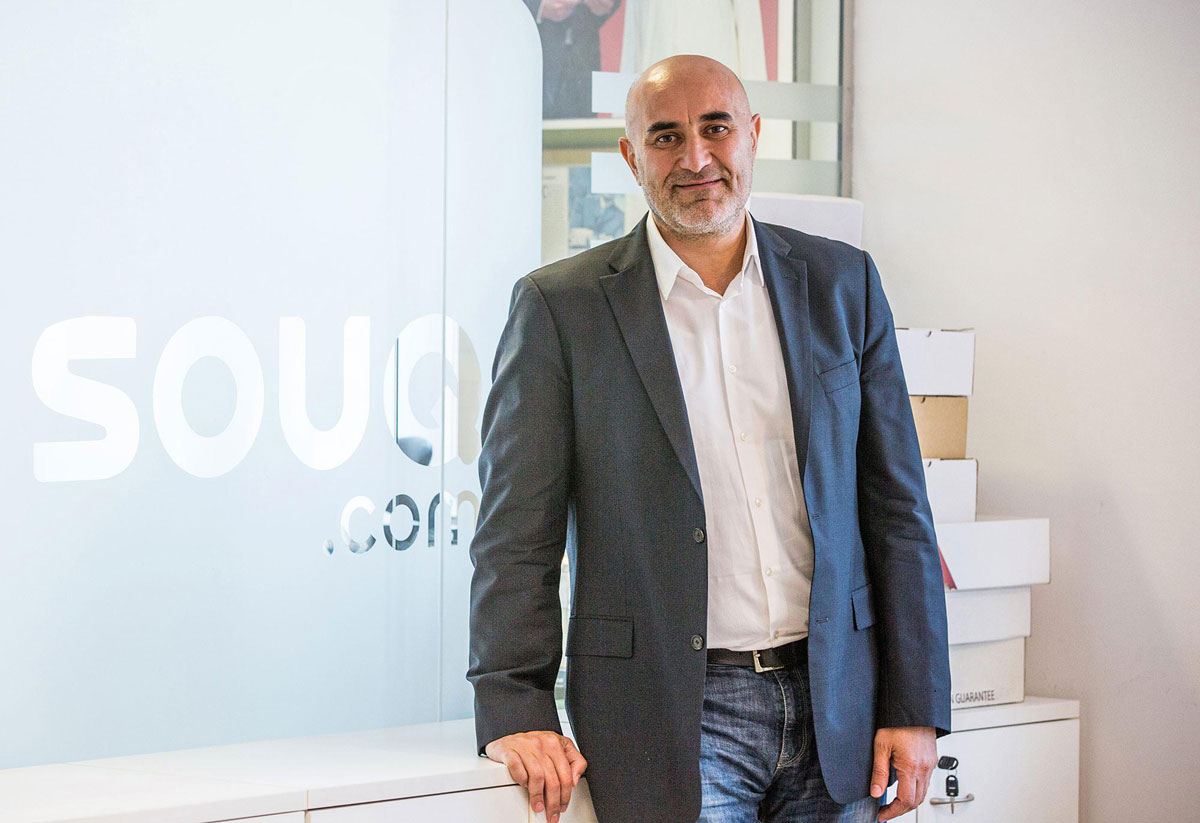 Born in Aleppo, Syria; Ronaldo Mouchawar was the brain behind Maktoob, the internet portal purchased by Yahoo in 2009. In 2005, he founded Souq.com which later became the largest e-commerce retailer in the Arab World. The Syrian businessman worked so hard with this brand that it started receiving funding of about $275 million from Amazon in 2016 with a valuation above $1 billion before publicly announcing the acquisition in 2017 for a reported fee of $580 million (Dh2.1b). 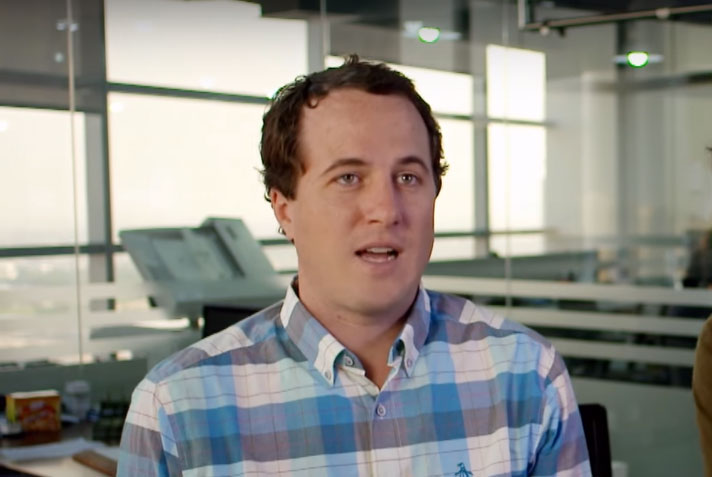 American expat Sim Whatley co-founded Dubizzle, a website that allow users advertise goods and services, in 2005. Whatley came into prominence for co-inventing Dubizzle which is a classified platform focused on the United Arab Emirates, which later spread across the Arab world. Sim Whatley, alongside his other co-founder, J.C. Butler, ended up selling Dubizzle to Naspers for a total sum of $310 million (Dh1.1b). A 51% controlling stake was initially acquired in 2013 for $120m, and the remaining 49% stake was later acquired for $190m in April 2018. Whatley and Butler stepped down from the day to day running of the company to move back to the United States. 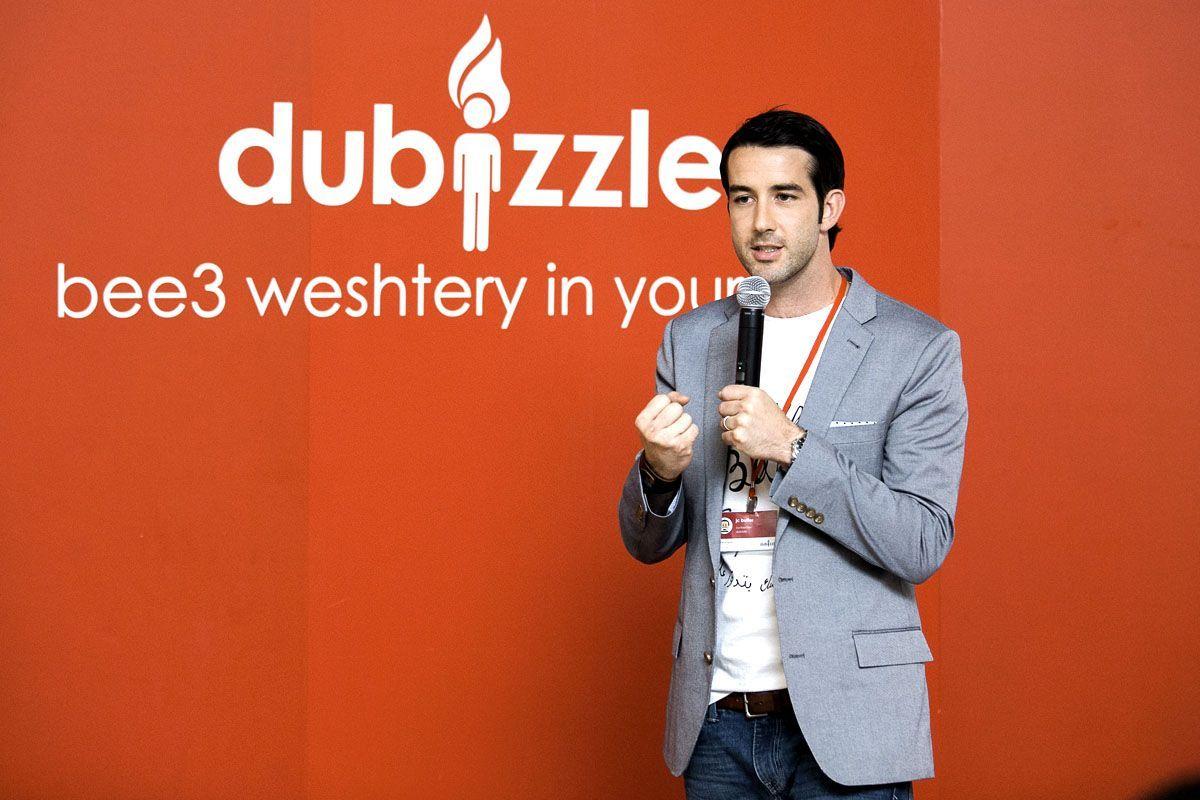 J.C. Butler co-founded Dubizzle with Sim Whatley in 2005 and according to him; they slept on bunk-beds and worked out of their living room just to make Dubizzle a leading brand across the Middle East region. Coming from Texas, US to becoming a great entrepreneur in the Middle East wasn’t easy and by 2013, he partly made the decision to sell Dubizzle to Naspers – a South Africa-based investor, through its subsidiary OLX Group, for a total sum of $310 million (Dh1.1 billion). 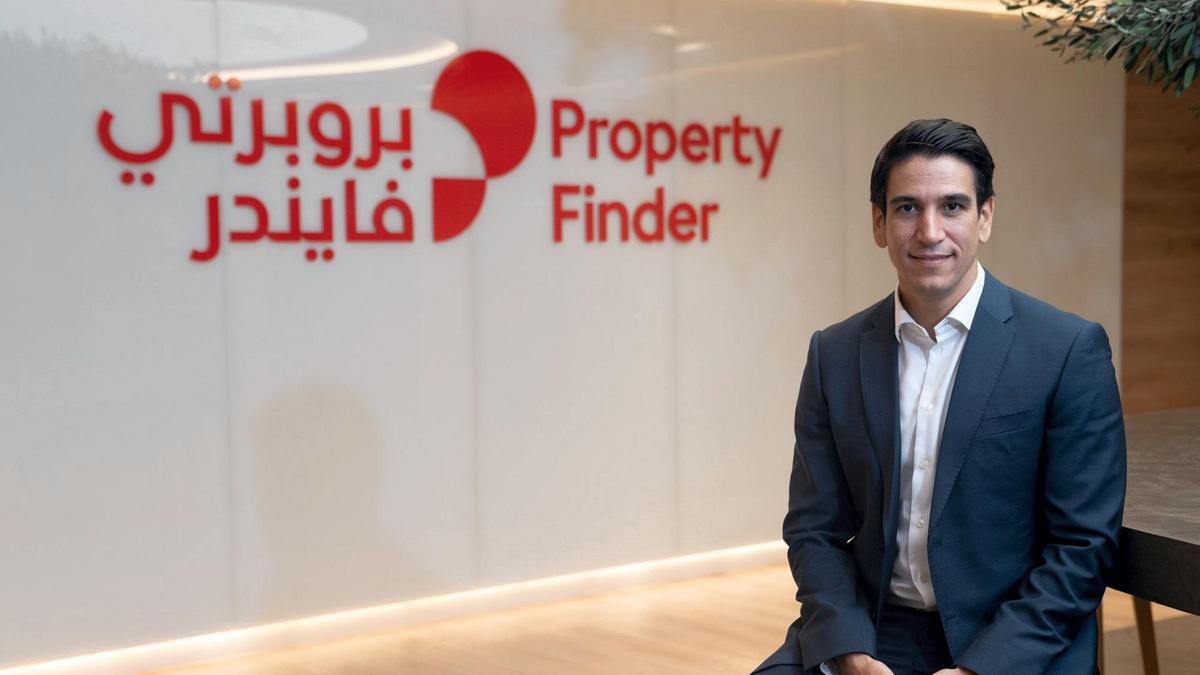 Michael Lahyani from Switzerland, moved to Dubai in 2005 to identify a gap in the market in UAE after mastering the trade at PricewaterhouseCoopers in Geneva, Switzerland. A year after identifying this huge gap, he launched the first real estate classified in the Middle East, in print and online. He founded Propertyfinder not too long after which is now the biggest and most-searched property portal in the Middle East. The company currently has a valuation of over $500 million.

Not everybody gets the opportunity to create solutions to personal problems that would later impact the world positively, only few have been able to do that, and Mona Ataya is one of them. The Lebanese lived with some challenges as a mother in the Middle East which brought about the need to make life better for mothers and their babies, thereby launching Mumzworld in 2011; which is now the biggest online baby shop in the Middle East today. 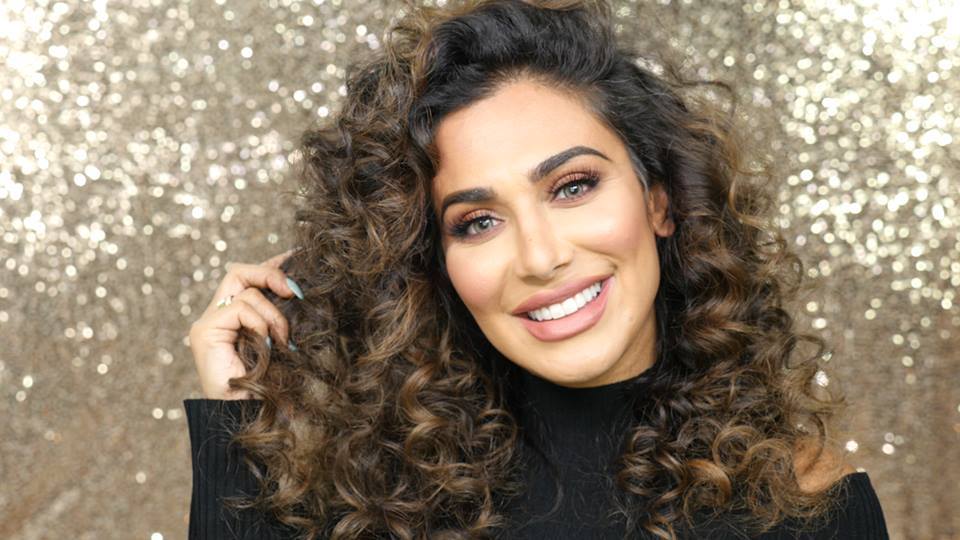 Born to Iraqi parents, Huda Kattan was born in Oklahoma City in 1983 and moved to Dubai in 2006 when her father was offered a teaching job there. Few years later, she moved back to the U.S., in Los Angeles where she studied makeup. Huda then returned to Dubai where she got a job with Revlon as a makeup artist. In April 2010, she started a beauty-related blog which turned her life around for good. She named her blog “Huda Beauty,” where she would post makeup tutorials and tips. From the fame she had gotten from her blog, in 2013, Huda founded a cosmetics line which, like her blog, is also called “Huda Beauty.” Her first product was released through Sephora while her brand achieved a huge success with the sales of artificial eye lashes which were worn by the celebrity wife of the renowned rapper Kanye West, Kim Kardashian. Forbes magazine listed her as one of the ten most powerful influencers in the world of beauty and in 2017, she was chosen as one of the top 25 most influential people on the internet. She currently has a net worth of an estimated $610 million, which makes her a billionaire in UAE dirhams. 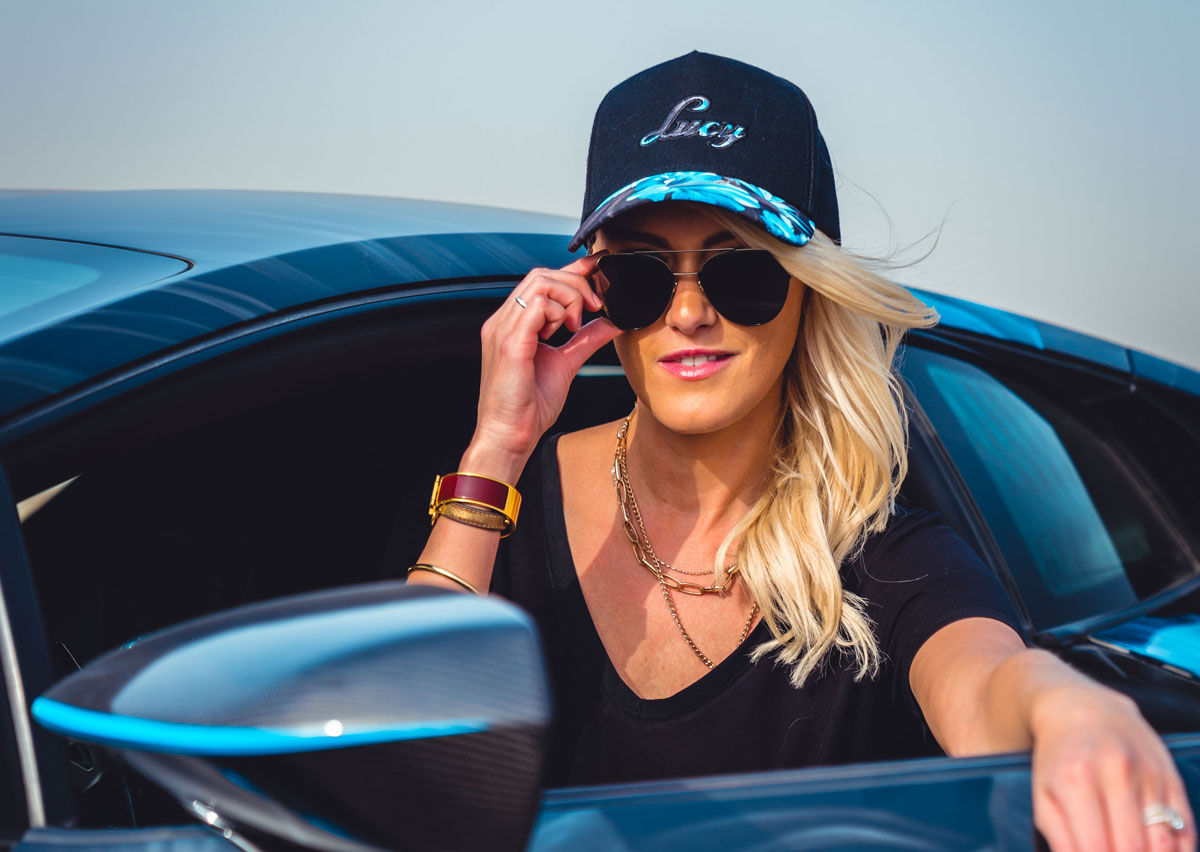 Alexandra Mary Hirschi is a social media celebrity, presenter and vlogger from Australia. Now famously known as Supercar Blondie, Alex moved to Dubai in 2008, where she worked as a newsreader and presenter for a talk radio show on Dubai Eye 103.8 for 9 years. She has interviewed many celebrities such as John Travolta, Jake Gyllenhaal and Liam Neeson. In 2018, she left the radio show and became a full time vlogger on social media. She is best known for her automotive videos which she regularly posts on Facebook, Instagram and YouTube. Her YouTube channel, Supercar Blondie, has an estimated 2.4 million YouTube subscribers with over 7 million and 4 million followers on Facebook and Instagram respectively. Alex Hirschi is one of the most famous women in the Arab world, and currently worth a few millions in USD. Fast forward to 2020 when the world is battling a serious pandemic which has led to an economic disaster across the globe, Alex was still able to conveniently take delivery of her brand new Rolls-Royce Wraith and McLaren 720s cars. Well, she’s a hard worker, so she certainly deserves all these good stuff. 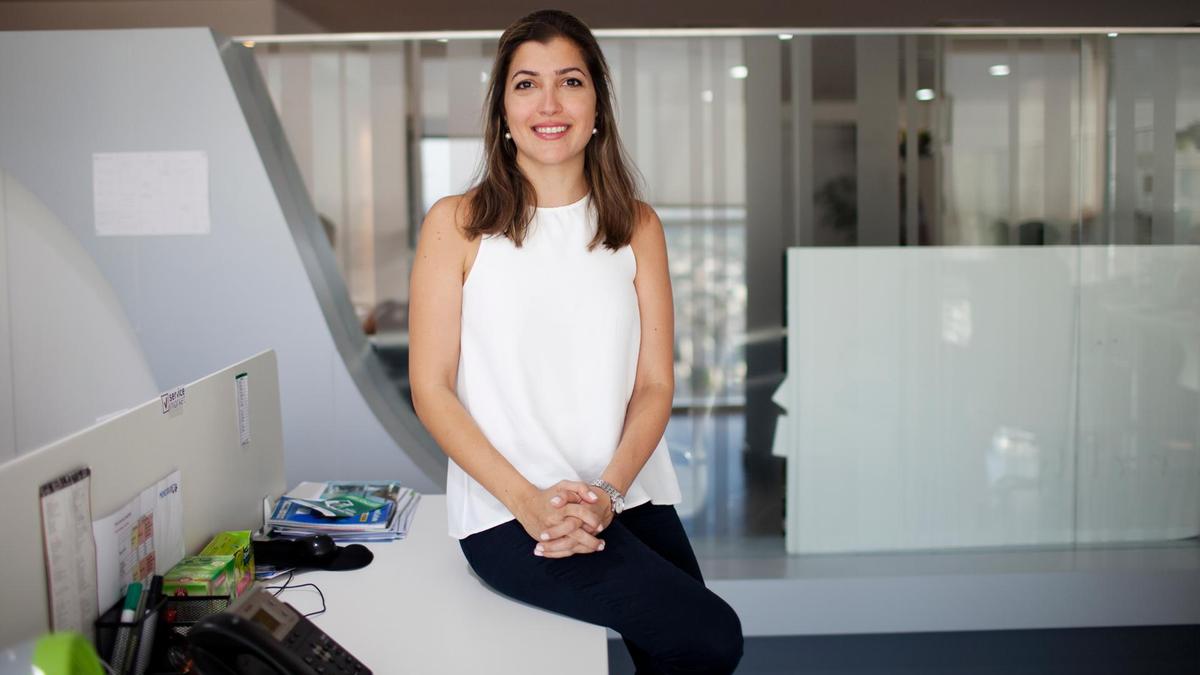 Bana Shomali is a Jordanian entrepreneur who quit her career in consulting in 2013 to build her own company, ServiceMarket which is now the largest digital platform for home services in the UAE. Formerly known as Movesouq, ServiceMarket has its valuation set at $25 million. 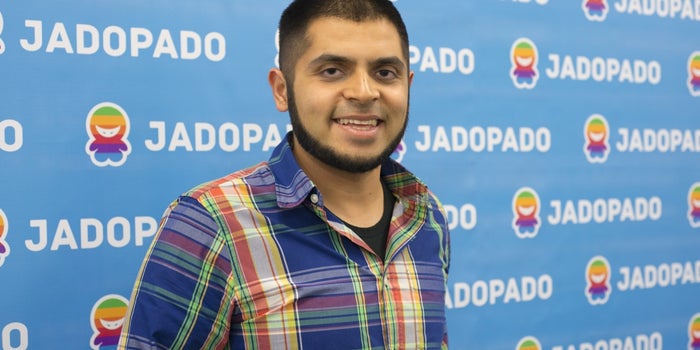 A graduate of Electronics Engineering & Business Studies in the University of Warwick, Coventry, United Kingdom, Omar Kassim from Sri Lanka, founded a then-popular e-commerce platform for electronics and gadgets, Jadopado, which was later acquired by Alabbar Enterprises, owned by the founder and chairman of Dubai’s Emaar Properties. After the acquisition, Jadopado completely closed shop, and it was reported that the platform and its team were integrated into noon.com, a now-massive e-commerce platform in the Arab world and largest GCC e-commerce company. JadoPado raised $4 million (Dh14.69 million) in its Series A funding round, led by venture capital firm BECO Capital; this valued the company at approximately $28 million in November 2015. It wasn’t exactly made public how much Omar Kassim’s company got acquired for, but it reportedly ran into multiple millions of dollars. 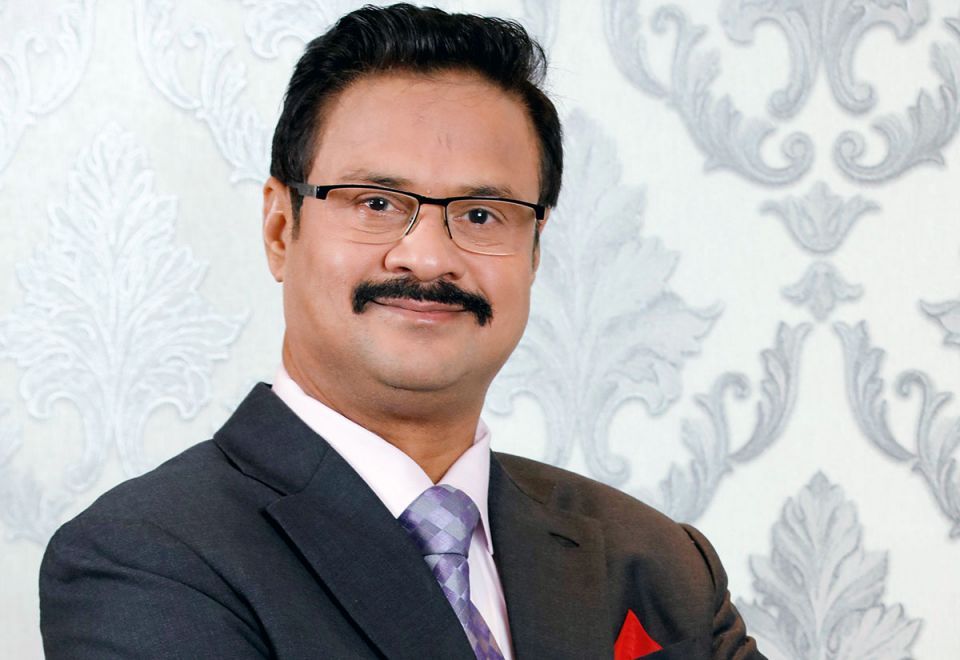 If there’s any man who will always be grateful to the UAE for the opportunities given to be one of the most celebrated Indian in the region, it is definitely Dhananjay Datar. 55 year-old Datar who is the chairman and managing director of Al Adil Trading, has managed to make the company’s presence felt in UAE and India with 39 retail stores, manufacturing and packaging units across both countries, and he has a net worth of over $340 million which makes him a billionaire in dirhams. In the 80s, Dhananjay Datar’s father Mahadev Datar took up a job in Dubai as a store manager where he worked for almost seven years before inviting his son to join him in his tiny grocery business set up. Mahadev later started Al Adil grocery store from a tiny 150 square feet space in Bur Dubai close to Astoria Hotel in 1984. Ten years later he built his second store in Abu Dhabi and a year later another one in Sharjah, and the rest was history.