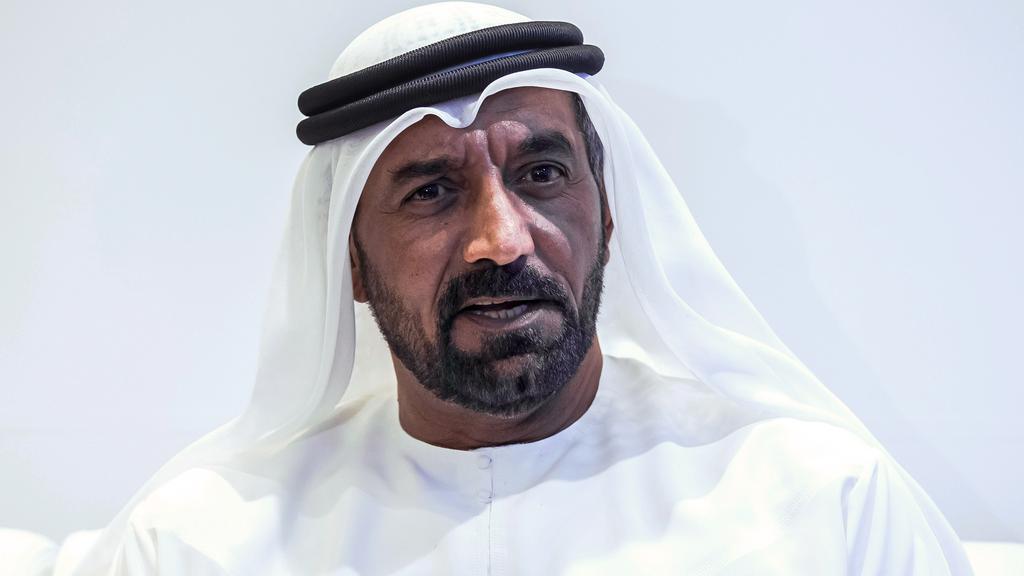 The Arab region has a total area of 13.13 million km square and it currently consists of the 22 Arab-speaking countries that make up the members of the Arab League (a regional organization of Arab states in Western Asia, North Africa, the Horn of Africa and the Indian Ocean). Arabs are population inhabiting the Arab world with a significant diaspora, with Arab communities established around the world.

Gone are the days when the word “Arab” would usually scare people off and needless to say, the negative mainstream media portrayal – which is a crying shame. The truth is, Arabs have a rich history and culture and have contributed so much to this world over the years. So truly, the Arab people are one of the nicest sets of people in the world because the Arab culture is known for its hospitality and generosity. They have a dominant characteristic too and that has made them stand out in every walk of life.

From the energy sector, to technology, aviation, finance, construction, and many more, the Arab region is home to many of the most influential people of the world.

Over the past 25 years, His Highness Sheik Bin Saeed Al Maktoum has been at forefront of Dubai’s remarkable economic development, spearheading the successful expansion of aviation, and more recently, formulating economic, investment and fiscal policies and strategies in support of the emirate’s great vision. He was appointed as the President of the Dubai Department of Civil Aviation in 1985 and the Chairman of Emirates Airline, which was launched the same year. Under his leadership, Dubai has established itself as the region’s most desirable destination. 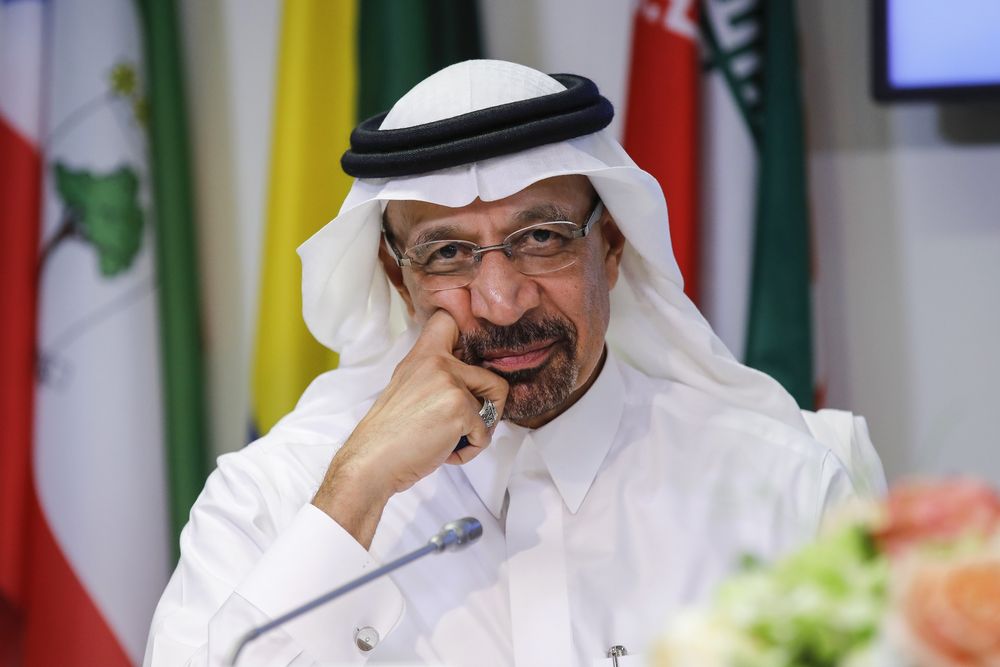 Born in 1960 in Riyadh, Saudi Arabia, Khalid A. Al-Falih has consistently served on the highest level of the Saudi Arabian Government, formerly as the Health Minister and recently as the Oil Minister. Al Falih earned a Bachelor of Science Degree in Mechanical Engineering from Texas A&M University in 1982, and completed his MBA at KFUPM in 1991. In 2009, he received the King Abdulaziz Medal (First class), which is Saudi Arabia’s highest civilian honor for service to the country. 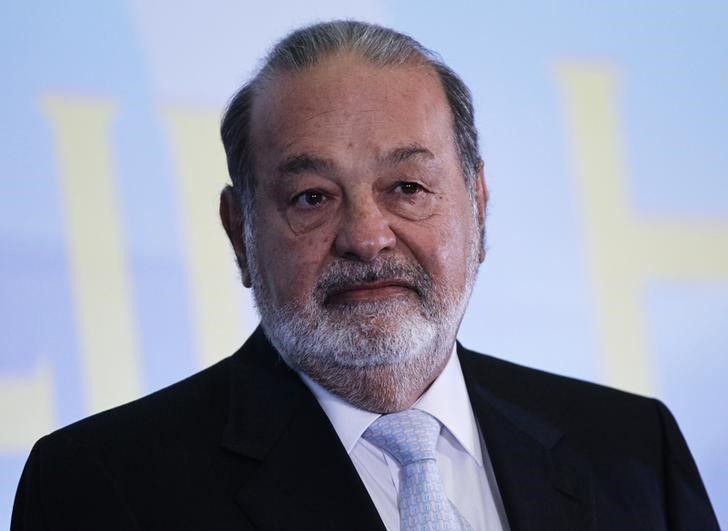 Wondering why Carlos Slim Helu is on this list? We bet you didn’t know his parents were both Lebanese but moved to Mexico before his birth so; he’s a Mexican by birth. Carlos Slim was the world’s richest man from 2010 to 2013 and he’s currently the fifth richest man on the planet with a net worth estimated at $61.9 billion USD. 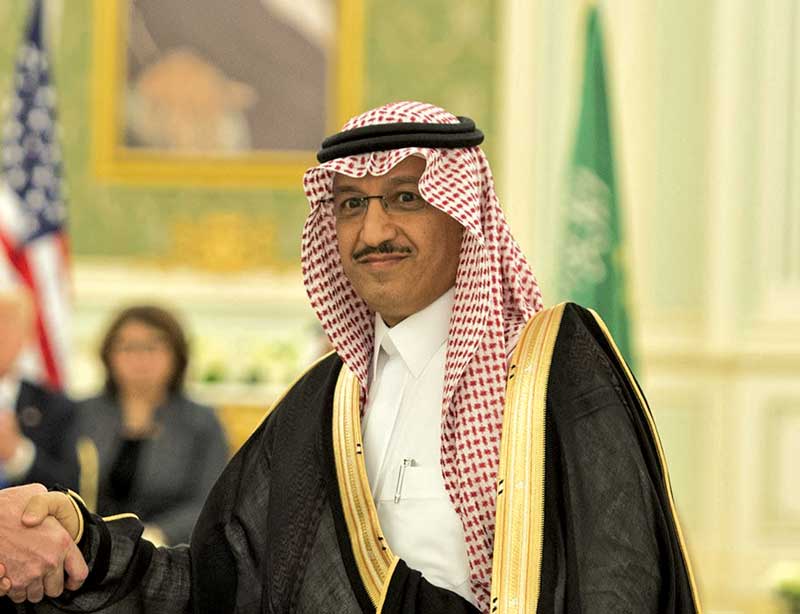 Yousef Abdullah Al Benyan is the Vice Chairman and CEO of SABIC and a member of the Investment Committee. Prior to his appointment in 2015, he previously served as the company’s Chief of Human Resources. His career has taken him to Stamford, Connecticut, Houston, Texas, and Singapore. 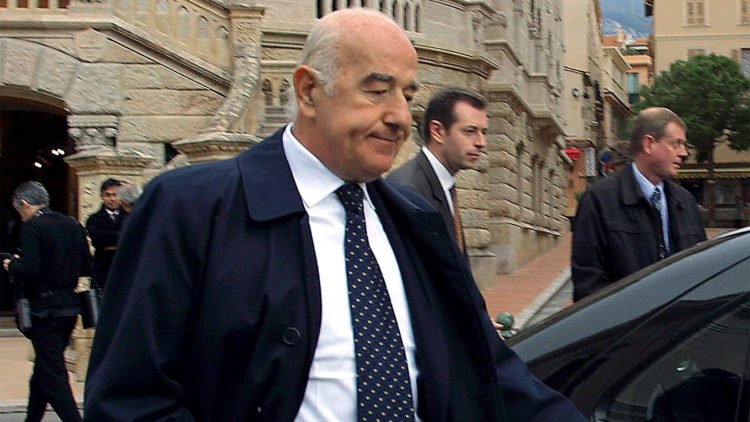 Joseph Safra is a Brazilian of Lebanese-Syrian origin billionaire banker who runs the Brazilian banking and investment empire, Safra Group. He is the chairman of all Safra companies, among them Safra National Bank of New York and Banco Safra in Sao Paulo, Brazil. He is one of the richest people in the world with a net worth of $24.7 billion. 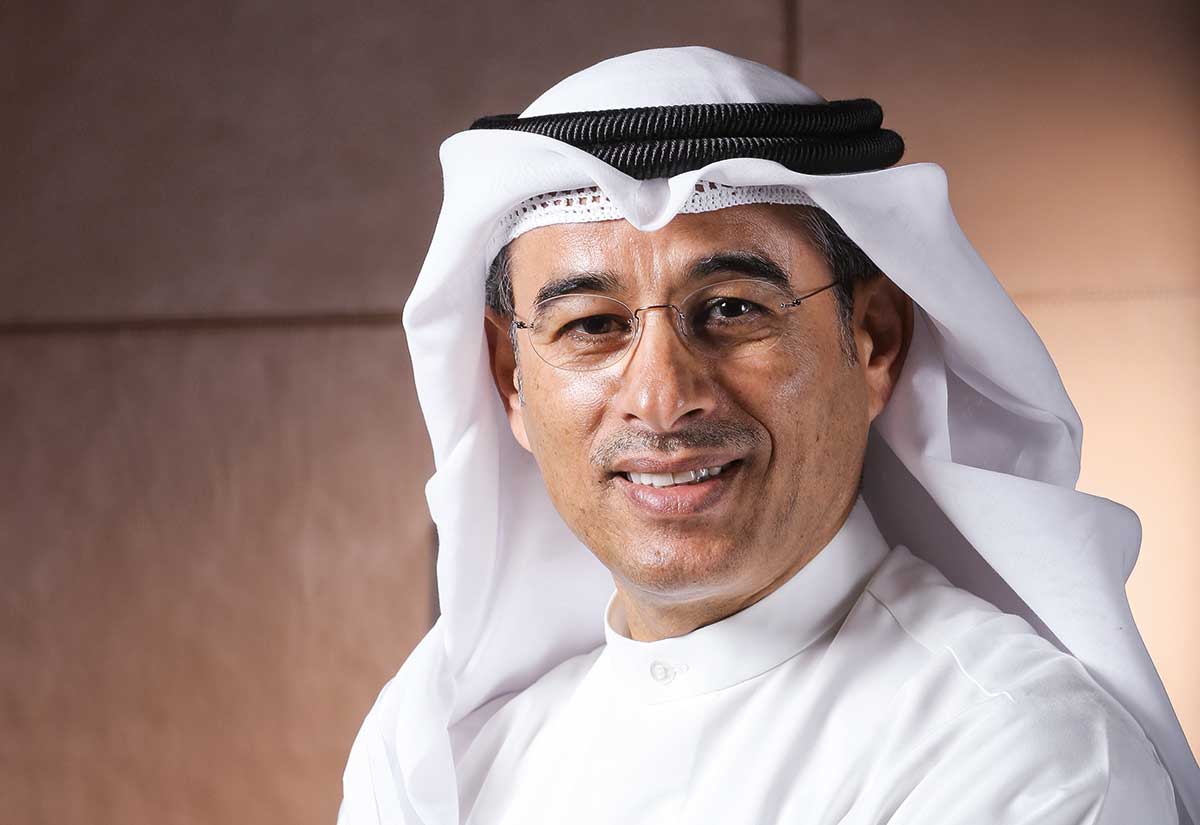 Mohamed Alabbar is best known as the founder and chairman of Emaar properties, the brain behind assets such as the Burj Khalifa and the Dubai Mall. He is an Emirati businessman and global entrepreneur. He’s also the chairman of Eagle Hills; Abu Dhabi based private investment and Real Estate Development Company. 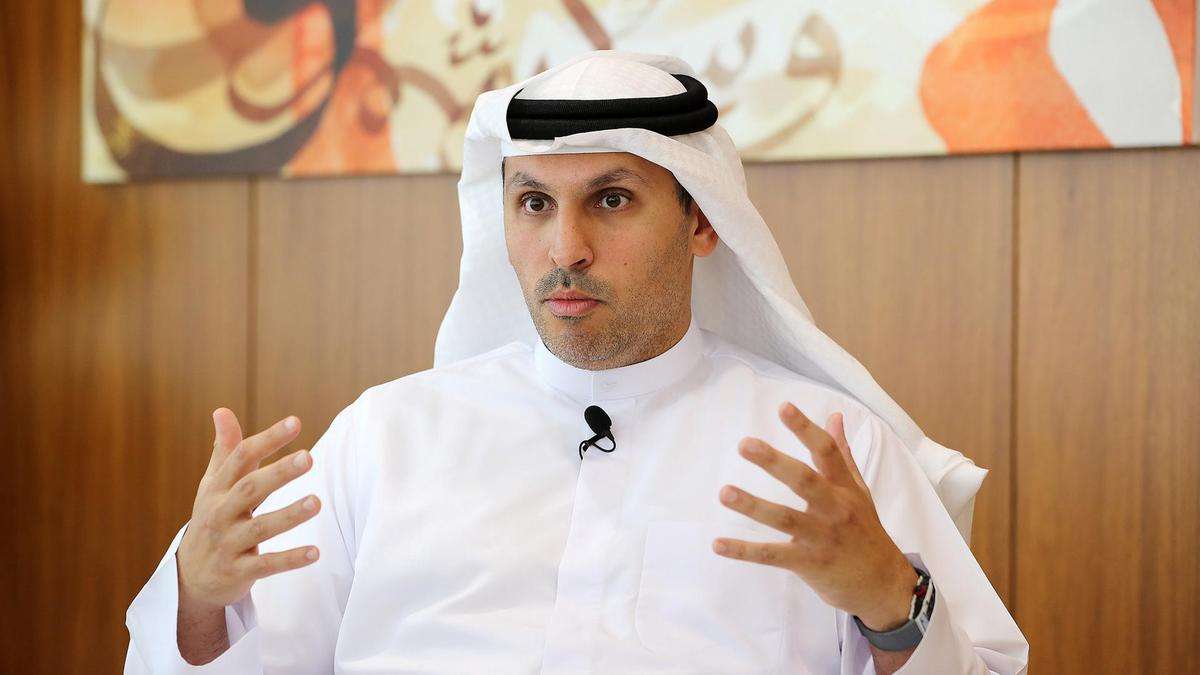 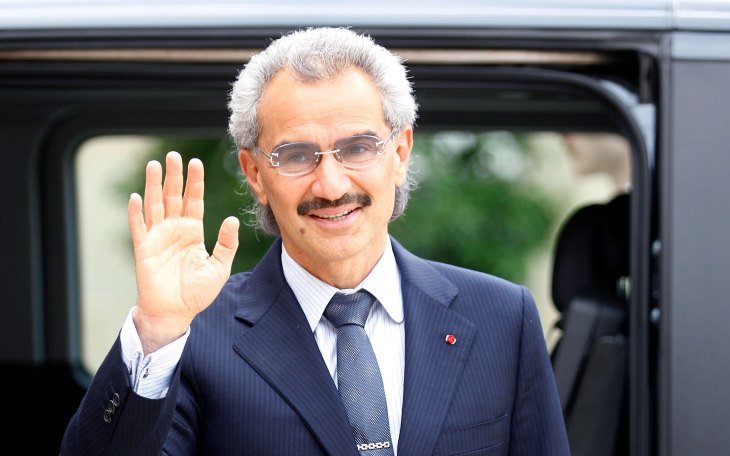 With a net worth of an estimated $18.7 billion, Prince Al-Waleed bin Talal bin Abdulaziz al Saud is the richest man in Saudi Arabia. Born on the 7th of March 1955, Prince Al Waleed is a grandson of Ibn Saud, the first Saudi Arabian King and Riad Al Solh (Lebanon’s first prime minister). He is the founder, chief executive officer and 95 percent owner of the Kingdom Holding Company. 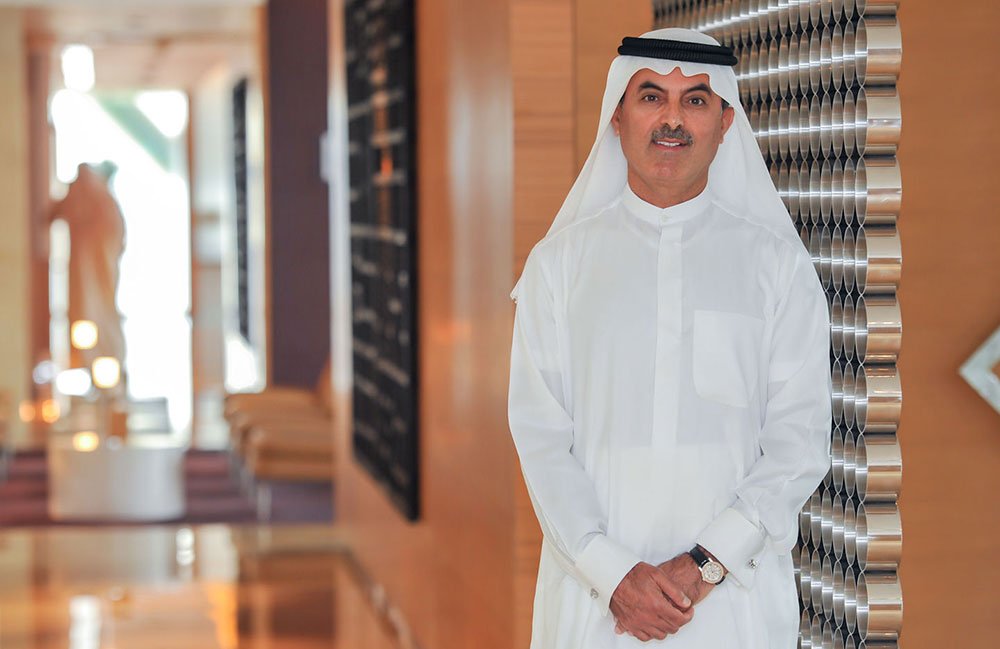 Abdul Aziz Al Ghurair is an Emirati billionaire businessman. He is the chairman of Mashreq Bank and a director of the Abdullah Al Ghurair Group of Companies, one of the largest business groups in the Middle East, with operations spanning more than 20 countries and business roots stretching back half a century. With a net worth of an estimated $4.8 billion, Al Ghurair is the 420th richest person on the planet. 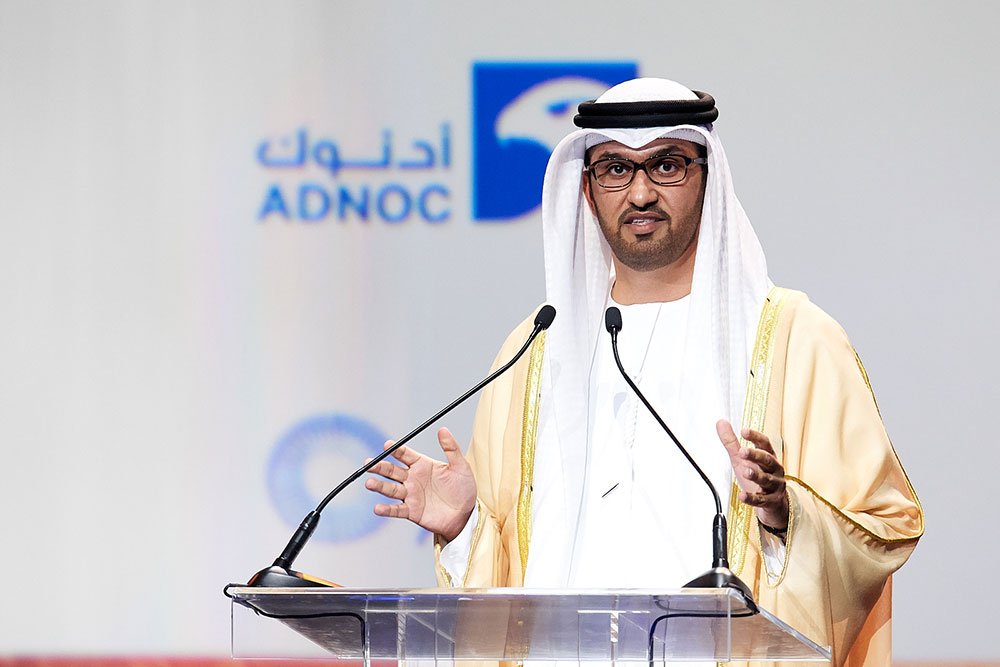 Sultan Ahmed Al Jaber is Minister of State in the United Arab Emirates, the Director-General and CEO of the Abu Dhabi National Oil company (ADNOC Group), the chairman of Masdar, the Chairman of UAE National Media Council and a prominent advocate of alternative energy and sustainable development. 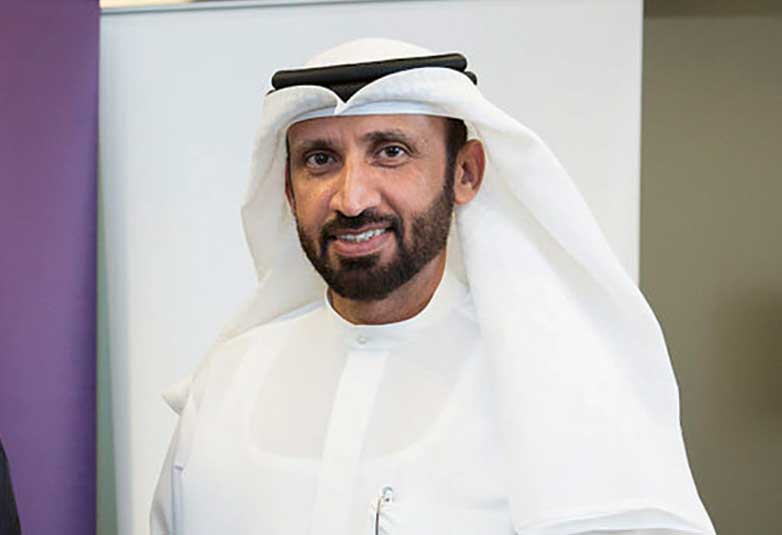 His Excellency Mohammed Ibrahim Al Shaibani is a non-royal government official in Dubai, UAE, who is the current Director General of The Ruler’s Court. He’s the vice chairman of the Supreme Fiscal Committee of Dubai and chairman of Dubai Islamic Bank, among other roles. 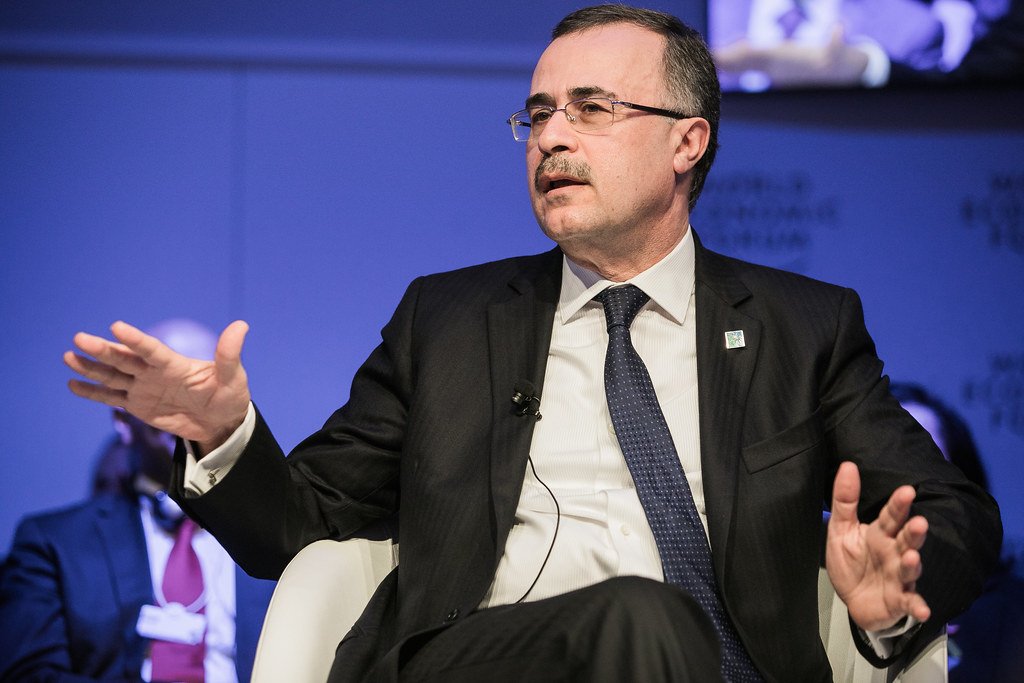 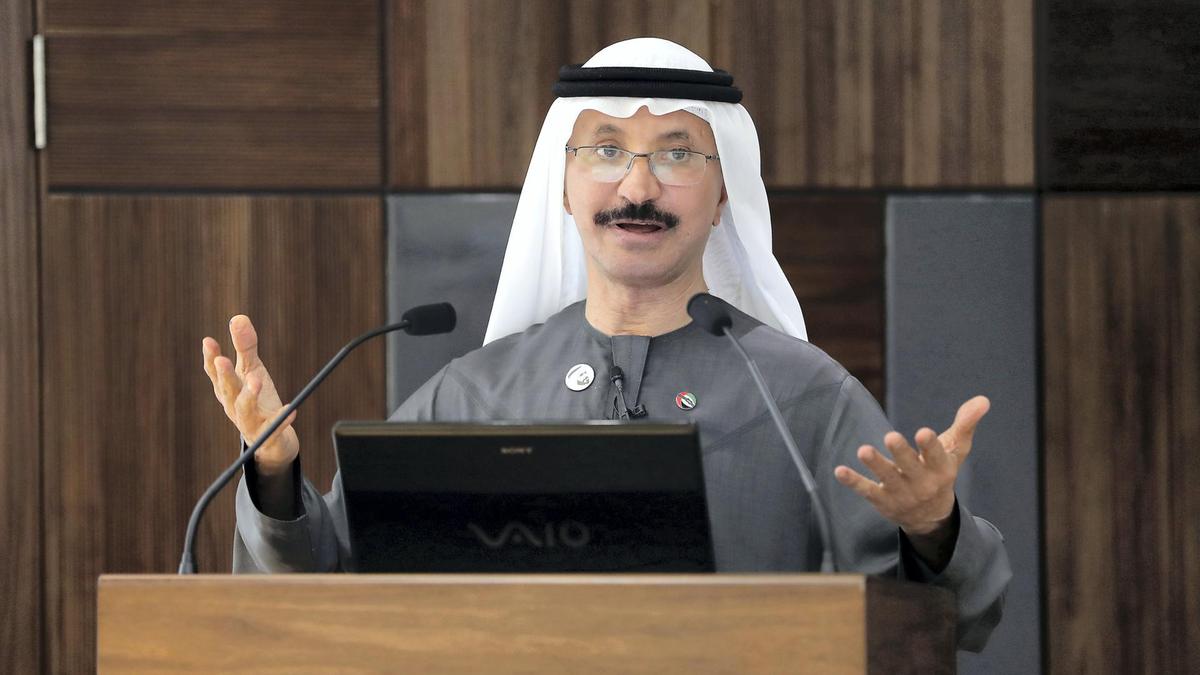 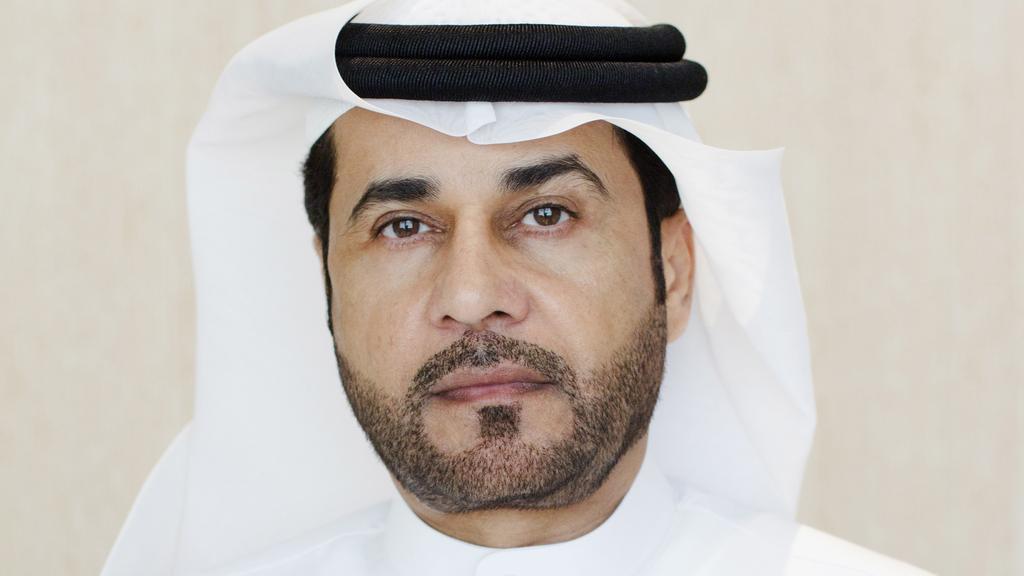 Abdulla Ahmed Al Habbai is the Director General of Dubai Development Authority. He is also the Chairman of Dubai Holding, Group Chairman of Meraas and Chairman of Engineering office, the private office of HE Sheikh Mohamed Bin Rashid Al Maktoum, UAE Vice President. He has more than 25 years of experience in the property and real estate sector. 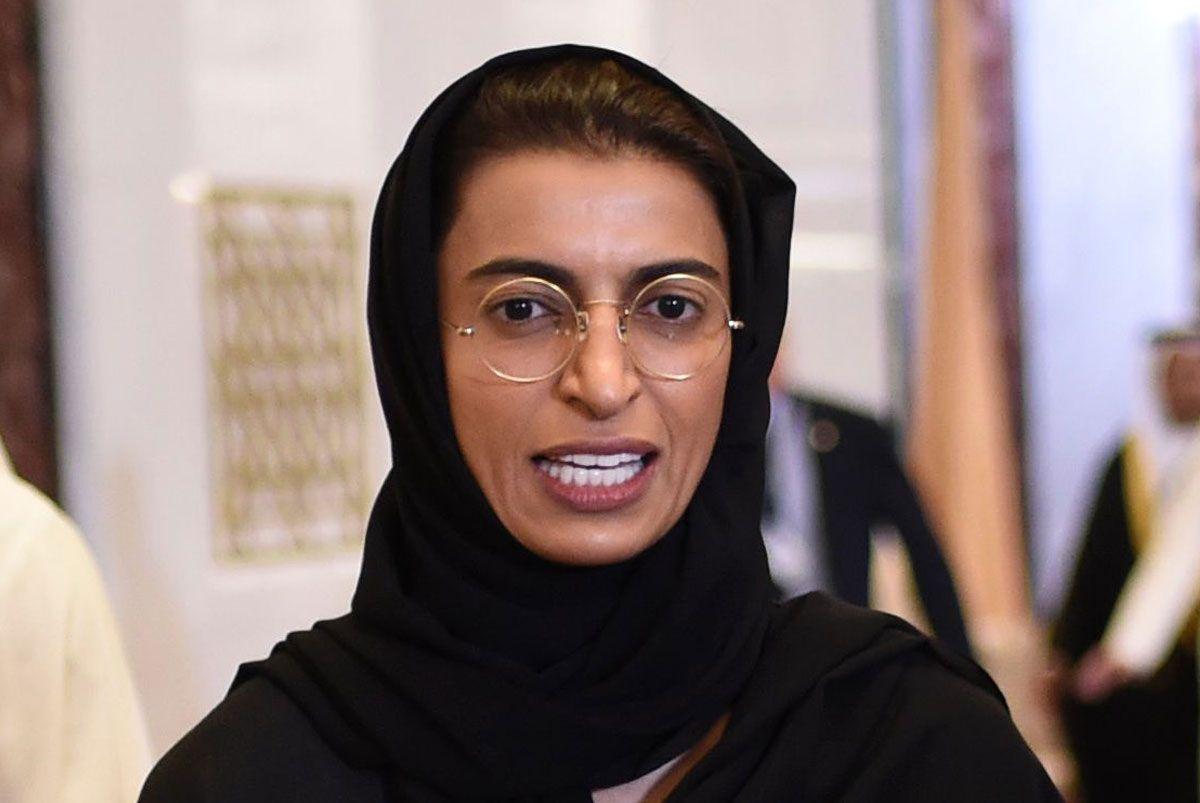 First woman on this list, Noura Al Kaabi is an Emirati businesswoman who is the Minister of Culture and Knowledge Development for the United Arab Emirates, a position she has held since October 2017. She previously served as the Minister of State for Federal National Council Affairs from February 2016 to October 2017. 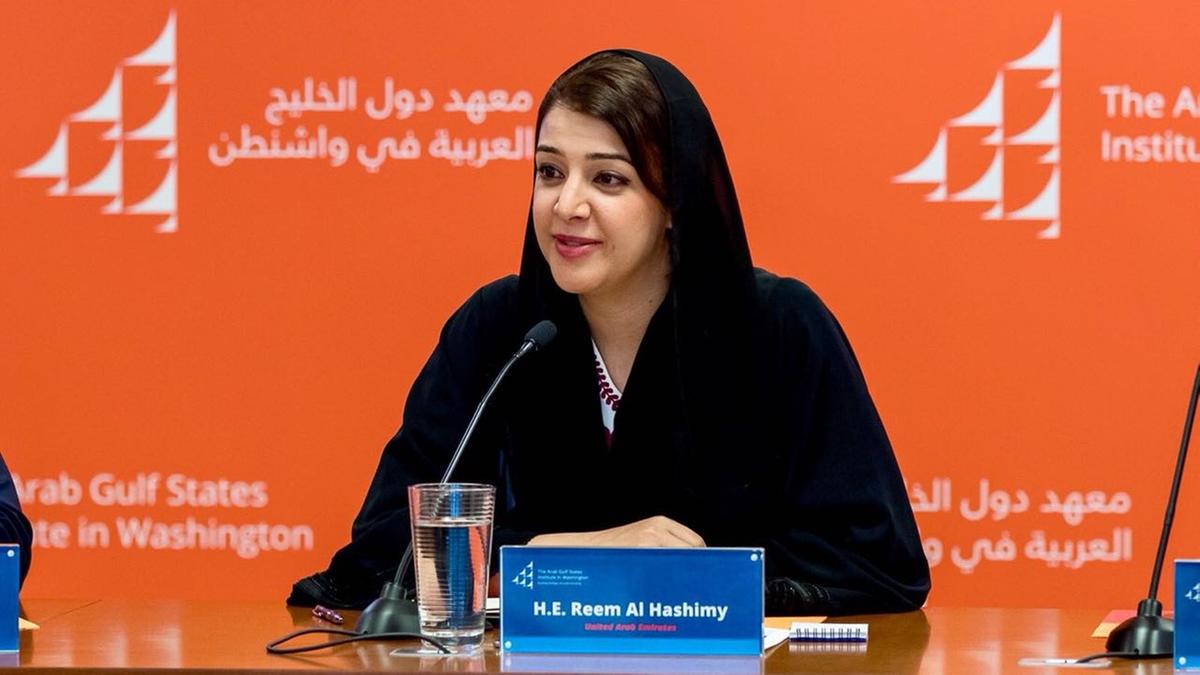 Reem Al Hashimi is an Emirati administrator and Minister of State and Managing Director for the Dubai World Expo 2020 Bid Committee. She became the Minister of State in the Cabinet of United Arab Emirates in February 2008. 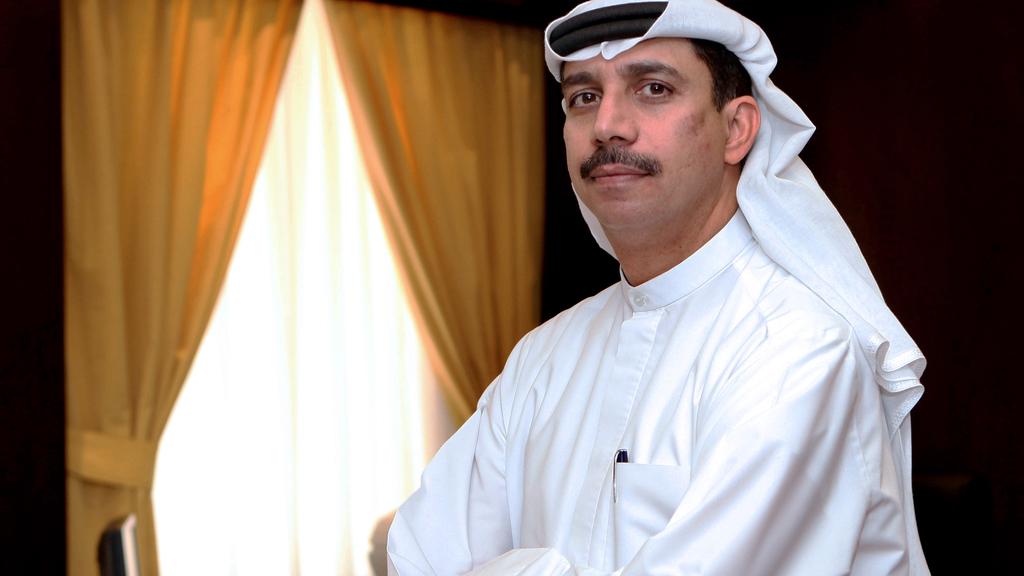 As governor of Dubai International Financial Centre and chairman of Dubai Financial Market, Kazim has been instrumental in maintaining the emirate’s position as a regional financial hub. Over the last 12 months, he has overseen stock market reforms including the introduction of short selling and a trading platform for exchange traded funds. 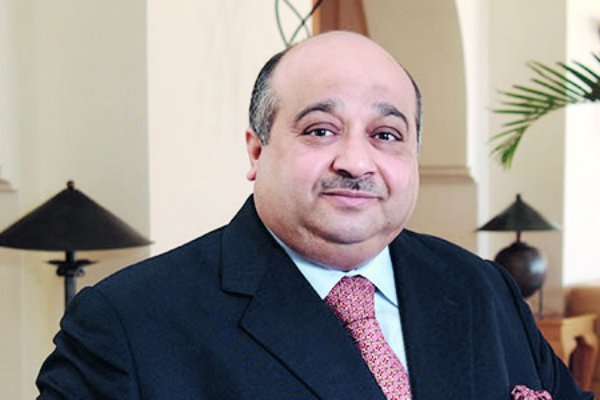 Mohamed Bin Issa Al Jaber owns a string of luxury and budget hotels in Europe and Egypt through JJW Hotels & Resorts. Born 1959 in Jeddah, Al Jaber is known for hotel and resort investments through the MBI Group and for his philanthropy through the MBI Al Jaber Foundation, London. 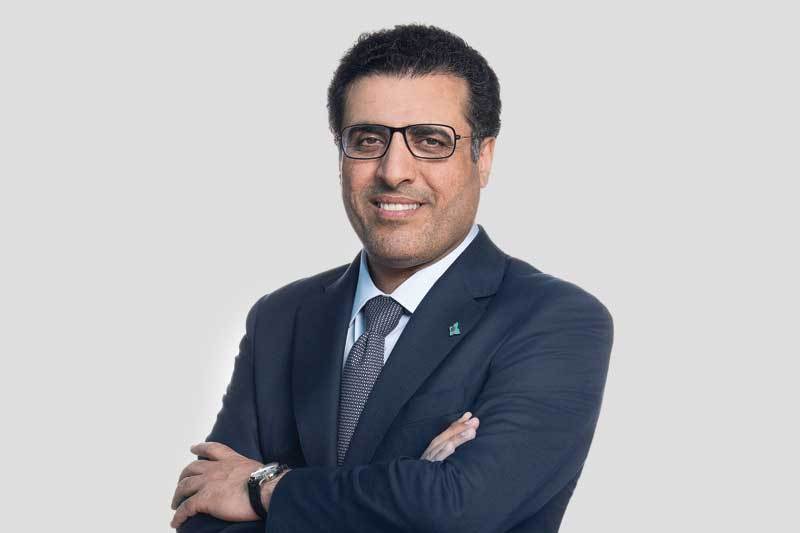 Saeed Al Ghamdi was promoted from CEO to chairman of Saudi Arabia’s biggest publicly traded bank last year, thrusting him into a seat of considerable power. Under his leadership, National Commercial Bank, the second largest bank in the Arab world, enjoyed a net income of $2.13 billion for the first nine months of last year. 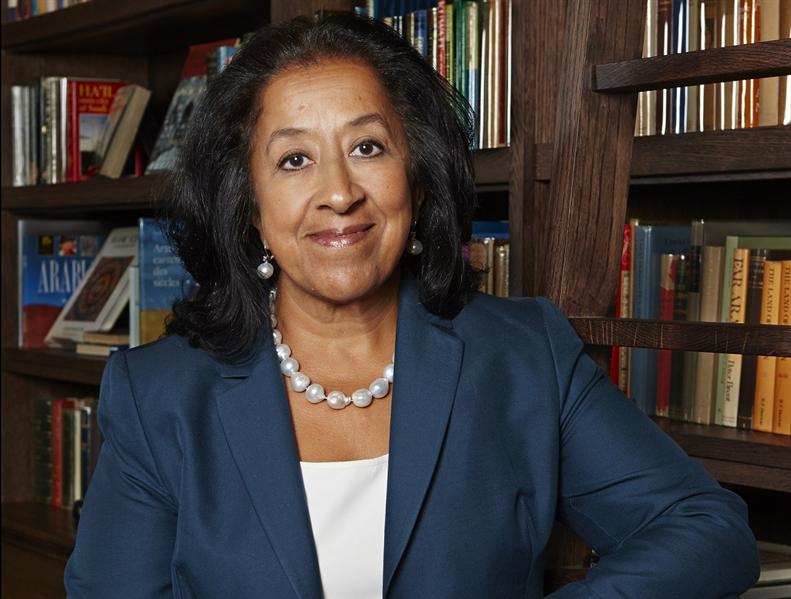 Lubna Suliman Olayan is a Saudi businesswoman. In 2005, she was listed as one of the top 100 most influential people in the world by Time Magazine and has since been listed by Forbes as one of the world’s most powerful women.