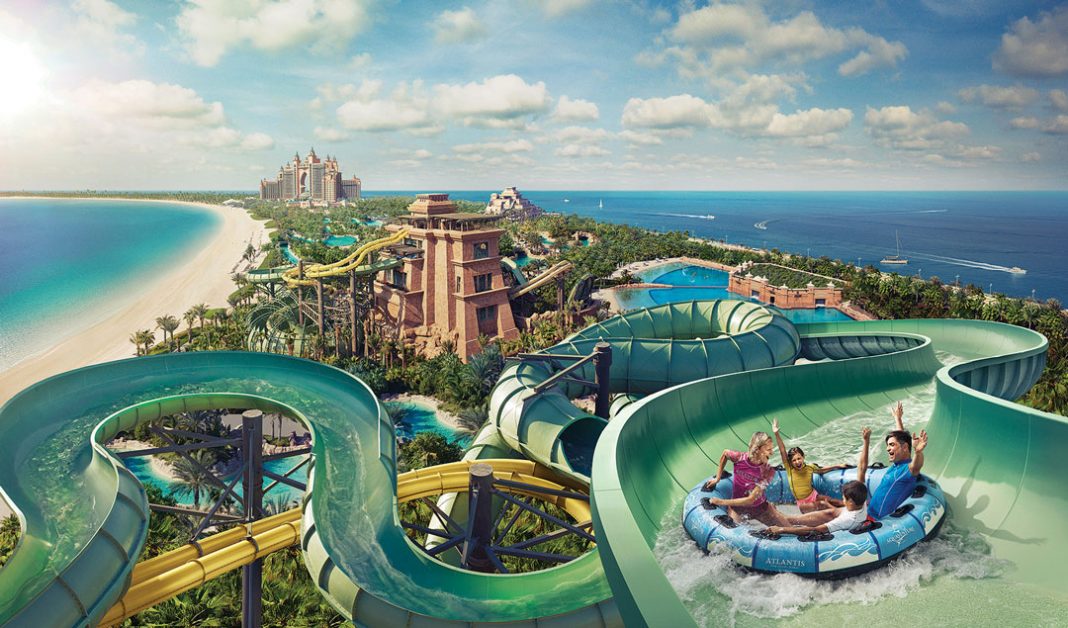 Life in Dubai is an amazing one. The glitz and glamour, nightlife, luxury shopping, exotic skyscrapers, and tourist attractions are the things that come together to make Dubai a famous city all across the globe. Dubai remains one of the most visited cities in the whole of the United Arab Emirates even in 2020, and that is because the city is filled with attractive things, just what people are willing to break the bank for.

There are enough places to take a trip to if you ever find yourself in Dubai. From the amazing beauty of the Burj Khalifa to the endless shopping of the massive Dubai Mall, you just cannot run out of things to do in the beautiful city.

Inhabitants of Dubai always love to have as much fun as they can with their families and friends, and when they’re not on the beach, or somewhere in the desert camping, the amusement park is an ideal place to find them. Amusement parks in Dubai are very amazing and tech-driven, creating long-lasting memories for whoever decides to go there.

Hence, we decided to put together the top 10 best amusement parks in Dubai you should visit, when you’re in town. 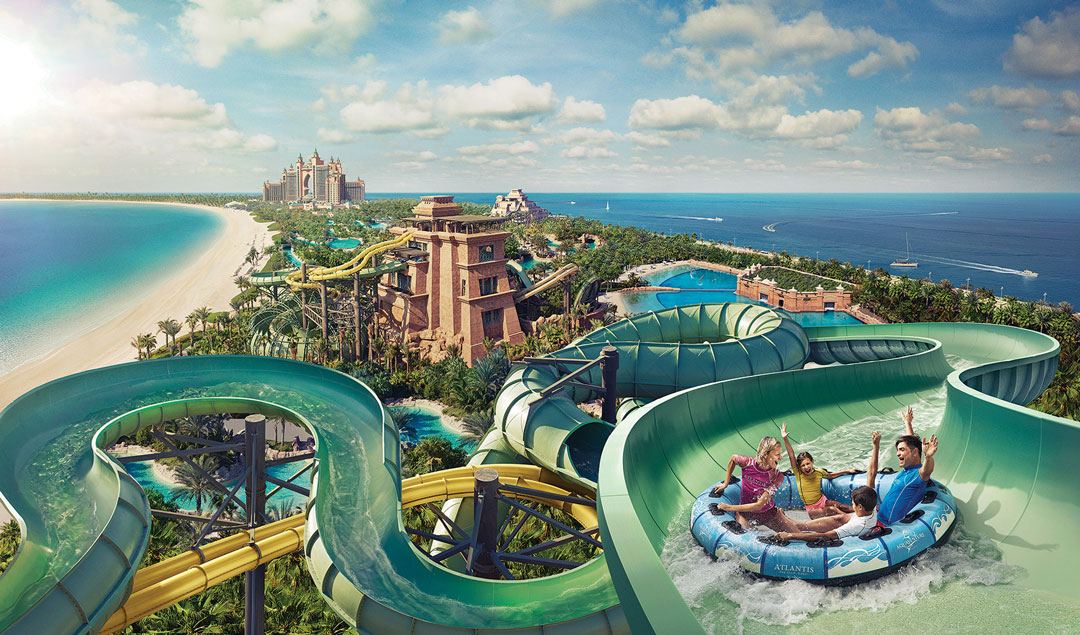 Aquaventure is considered by many to be the best water park in the whole of Dubai and the amusement park that is located at Atlantis, The Palm has duly lived up to the hype by offering its visitors nothing short of the best. The award-winning park is arguably the largest Waterpark in the Middle East having won the award back in 2015 and 2016 on TripAdvisor and World Travel Awards respectively. The park features a shark-infested lagoon which can be accessed via 90-foot slides. It also features lazy river boat rides and the famous Poseidon’s Revenge which drop you 75 feet before the slide puts you through a double loop. Opening times is 10AM – 6PM daily. 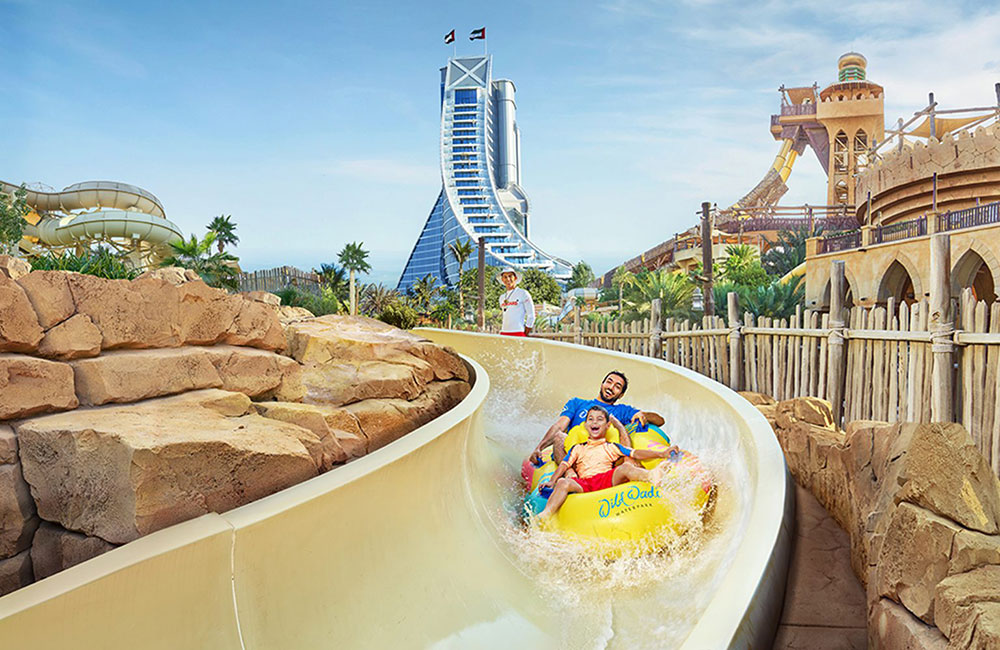 This water park is one of the most popular water parks in the whole of Dubai and it offers amazing recreational activities, coupled with never-ending fun with the Burj Al Arab not too far from sight. Wild Wadi Waterpark happens to be the first water park to be built in the entire Middle East and people love to come here because on the guaranteed enthralling fun that never stops. Opening hours is 10AM – 6PM daily. 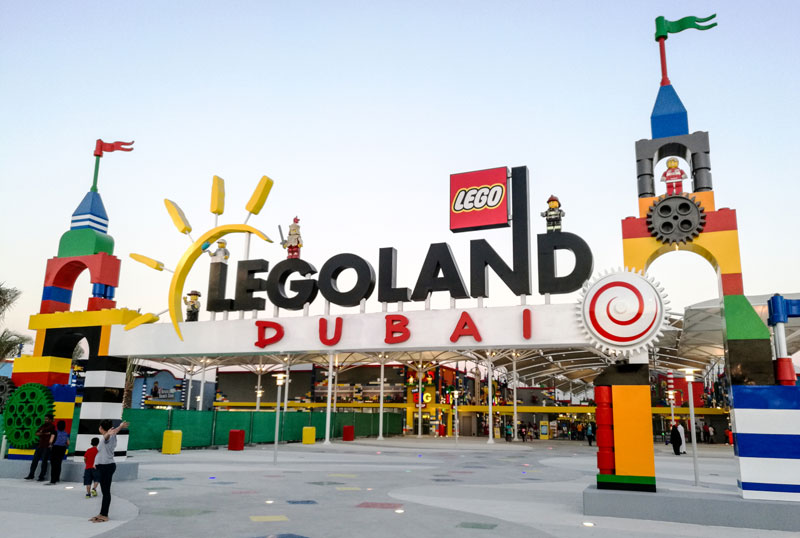 If you’ve bought a considerable amount of quality toys for your children then you should be used to the brand ‘Legoland’ as they’re one of the best toy manufacturers in the world. The park features over 40 rides, a water park, coupled with children-friendly attractions, and a carefully carved out space for children to play. The park is part of the Dubai Parks and Resorts and it shares soils with the likes of Motiongate Dubai and Bollywood Park. Opening hours is 10AM – 6PM from Saturday to Wednesday, and 10AM – 8PM on Thursday and Friday. 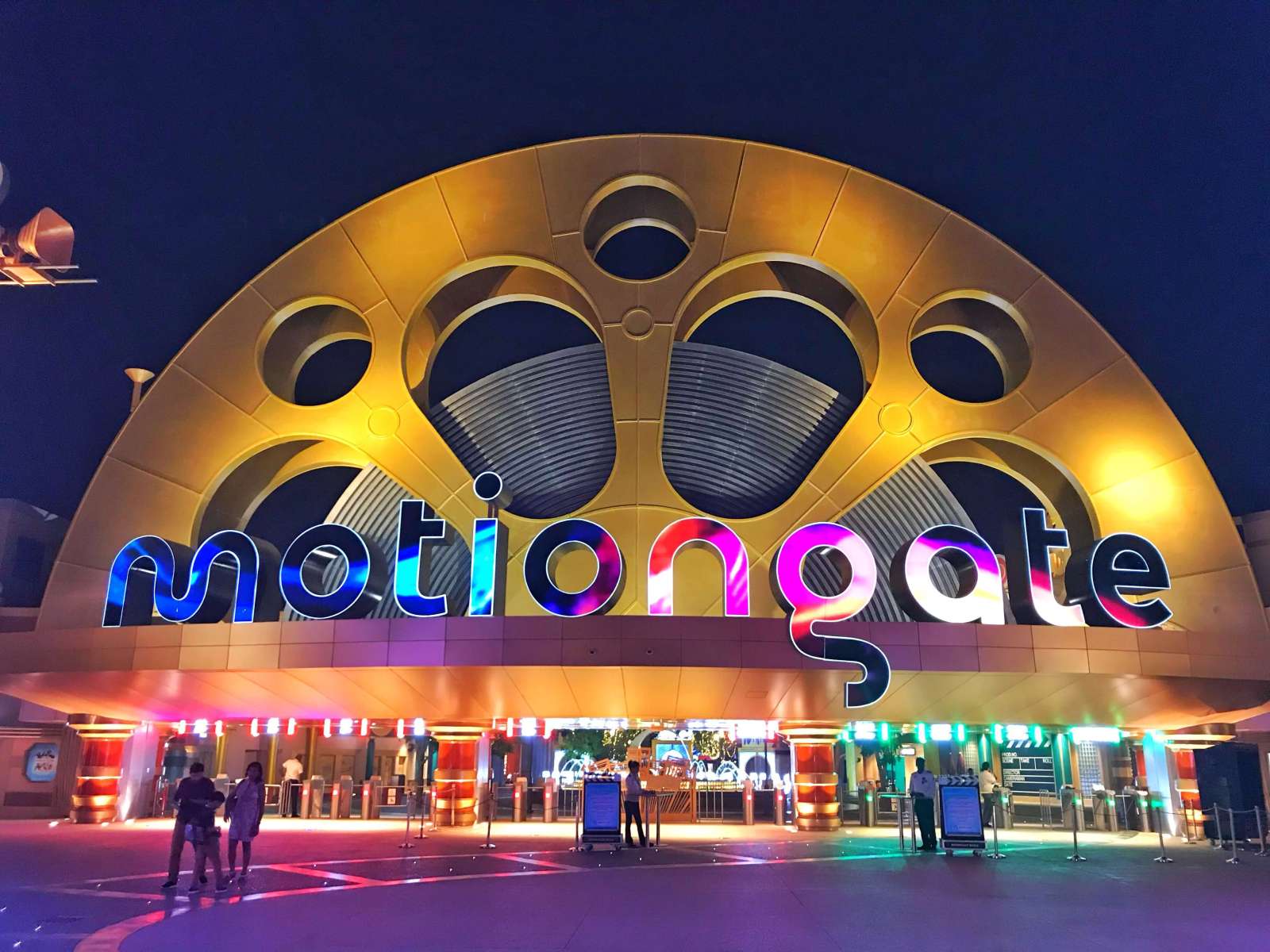 This park was opened to the general public in 2016 and it is still the largest Hollywood-themed park in the United Arab Emirates. It is divided into four zones; Columbia Pictures, DreamWorks Animation, The Smurfs and Lionsgate. The park offers 27 rides and also other attractions that are very ideal for families with children. Opening hours is 11AM – 8PM from Saturday to Wednesday, and 10AM – 9PM on Thursday and Friday. 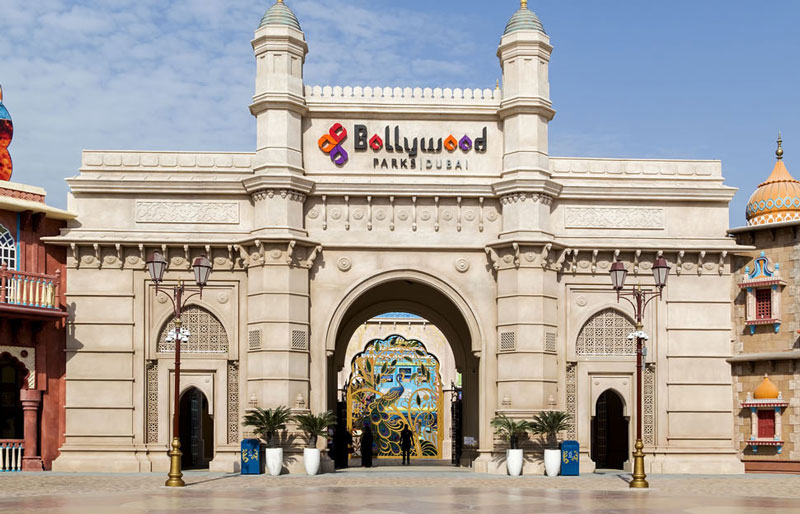 Many people love Bollywood and most importantly, the thrilling adventure behind the whole Bollywood concept. The Dubai’s park is first of its kind and it showcases the true Bollywood spirit and the movie stars that put film industry on the global limelight. The park features 4D theatre adventures that take you back to early years of the industry and it is divided into 5 different zones based on the industry’s biggest hits. Opening hours is 1PM – 10PM from Saturday to Thursday, and 1PM – 11PM on Friday. 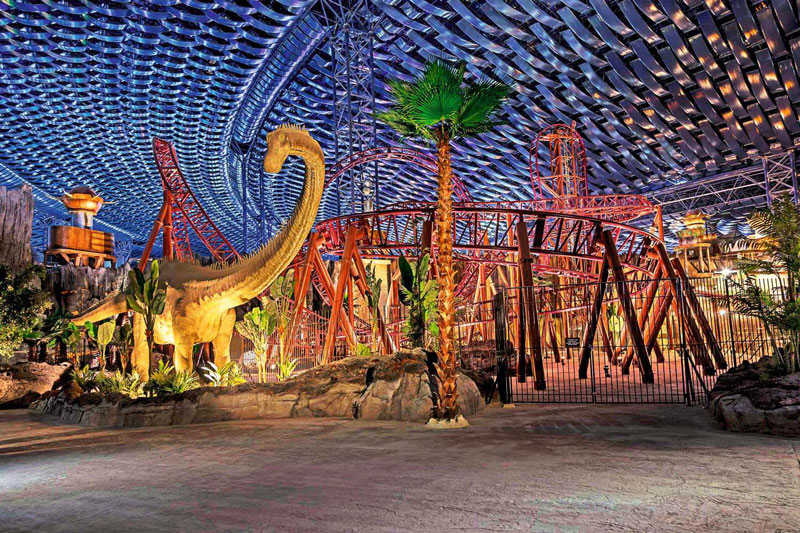 The largest indoor theme park in the world, IMG Worlds of Adventure has a total of over 1.5 million square feet. The park offers its guests the awesome of Cartoon Network and the Marvel comics, making it the perfect place for children to be. The park also features amazing rides like Velociraptor, and adult heart-racing experiences like the Haunted Hotel, coupled with other friendly attractions like the Lazy town. Opening hours is 11AM – 7PM from Sunday to Wednesday, and 11AM – 8PM from Thursday to Saturday. 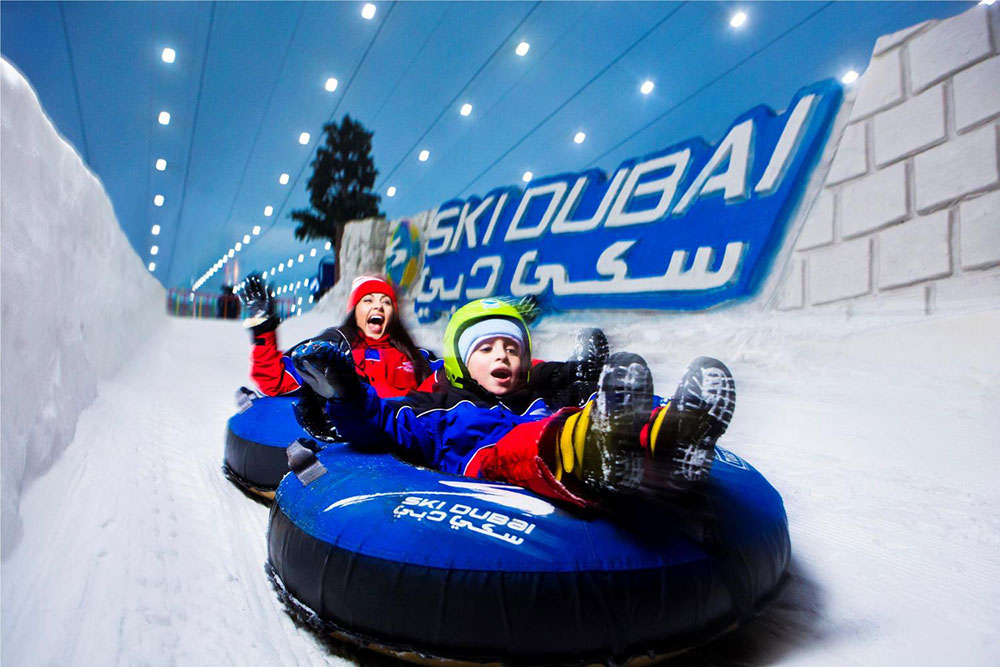 People love to come to Ski Dubai because asides all the fun they’re going to have, getting to cool off here in a place with -2 degree Celsius is even more tempting. The park can be found at the Mall of the Emirates and when you’re in this park, you will barely have the feeling that you’re still in the typically hot Dubai. The park features a freestyle zone where people who are on top of their form can show off their skills. Timings are 10AM – 11PM from Sunday to Wednesday, 10AM – 12AM on Thursday, 9AM – 12AM on Friday, and 9AM – 11AM on Saturday. 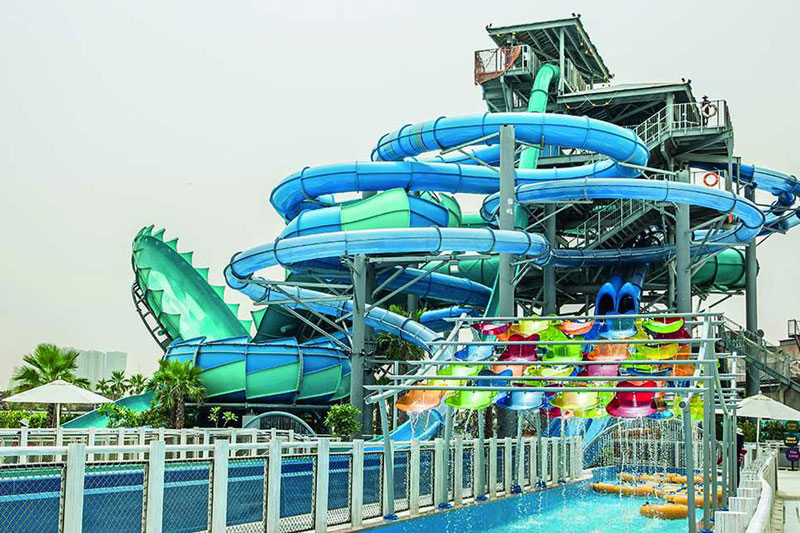 Laguna Waterpark is arguably the most attractive park on this list and that’s because of its beachfront type of setting which is capable of attracting anybody. Situated in La Mer, the park features Middle East’s first ever 180-degree surf park, not to forget the infinity pool which is family-friendly. Timings are 10AM – 6PM from Friday to Wednesday, and 10AM – 7PM on Thursday.

Located on Sheikh Mohamed Bin Zayed Road and Emirates Road – Exit 37 – E311 – Dubai, Global Village is a multicultural amusement park and the region’s first destination for culture, shopping and entertainment. The one-stop shop for all kind of entertainment has been listed as one of the best places for pretty much all types of celebration in the whole of Dubai. From roller coasters, to fun rides, slingshots and food, music, and so much more, the Global Village is the place to have all the fun in the world with family, friends or loved ones. Admission is AED 15, and the amusement park is usually opened from October until April. Opening times are Saturday – Wednesday from 4:00 PM – 12:00 AM, and Thursday – Friday from 4:00 PM – 1:00 AM. 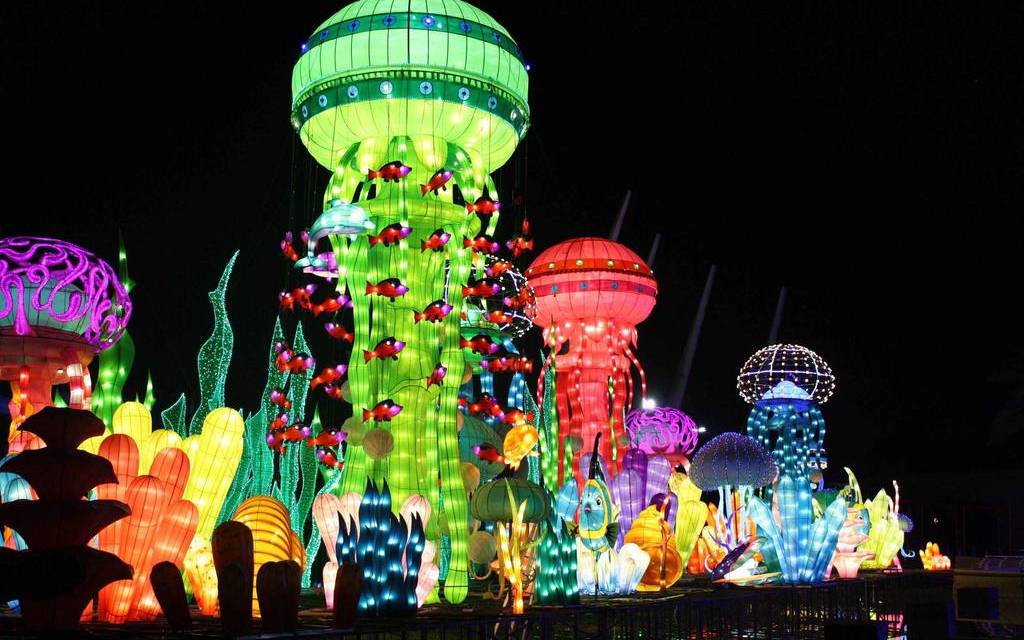 One of the most amazing places in Dubai, Dubai Garden Glow offers its guest amazing live performances by local and international artists. Children also get to have an amazing fun time as there is an area dedicated to them where they can play and learn more about the environment. Dubai Garden Glow has four main installations; Glow Park, Ice Park, Art Park, and the Dinosaur Park which displays over 120 Dinosaurs. The park is located in Zabeel Park, and Opening hours is 4PM – 11PM from Saturday to Thursday, and 4PM – 12AM on Friday.