The release of Samsung Galaxy S20 series has put so many brands on their toes and these phones will have people talking about them until the next year at least, when new models will be released. It’s very easy to find a good smartphone these days, with so many brands now focusing on how their products will best serve their customers rather than imposing their own philosophies on them although little bit of uniqueness is needed. As a matter of fact, uniqueness is what makes the Samsung Galaxy S20 series stand out among other phones.

One’s definition of a fast smartphones can be nailed down to many thing but the most important deciding factors are the RAM and the processor.

The fact that smartphones have now become workstations have called for need for them to be very fast and effective. Some people even prefer to work with smartphones rather than the traditional computer which in a few of years could lose its essence (although not in its entirety) unless major changes are being made.

Below is a list of the top 10 fastest smartphones in the world so far in 2020.

Like most of the recently-introduced smartphones, Xiaomi MI 9T Pro runs on Android 9.0 and Snapdragon 855 processor. It features some of the most powerful specs in the market. RAM options include 6GB and 8GB, while storage options include 64GB, 128GB, and 256GB. The large 4000mAh battery can last up to a day and a half with full usage on a single charge.

Google has done a great job with the production of Google Pixel 4 XL which is an upgrade on the 3A series (3A and 3A XL). It runs on the popular Snapdragon 855 processor and it’s one of the budget-friendly phones in the market at the moment. It features 6GB of Ram, 64GB and 128GB of internal storage and IP68 dust and water resistance feature all coupled with a 3700mAh battery.

The Samsung Galaxy Note 9 was released in 2018 and has been one of Samsung’s best smartphones in the world even after the release of Samsung S10 and S20 series. Its operating system features Android 8.1 (Oreo) which is upgradable to Android 10.0 Storage options include 128GB and 512GB which are supported by RAM options of 6GB and 8GB. Galaxy Note 9 is quite popular for its Bluetooth S Pen which makes it a perfect phone.

The OnePlus 7T Pro may not possess the design or camera quality of the Samsung S20 series, or the sleekness of iPhone 11 Pro Max, but the RAM size and the processor it runs on make it one of the fastest phones in the world at the moment. It features a massive 12GB RAM, Qualcomm Snapdragon 855 Plus processor, and while it is not very known for its camera, it features triple rear cameras on the back with a 16MP right on the front.

The Samsung Galaxy S10 Plus was Samsung’s best production until the introduction of the Galaxy S20 series. It runs on a Qualcomm Snapdragon 855, RAM options of 8 and 12GB, storage options of 128GB, 512GB and 1TB, and also runs on 9.0 (pie) operating system which is upgradable to the new Android 10.0. It features a non-removable Li-ion 4100mAh battery which will allow helps maximizes the phone’s usage.

Samsung Galaxy S20 Plus was released together with Galaxy S20 and S20 Ultra and it remains one of the most efficient smartphones in the market at the moment. Just like the S20 Ultra, S20 Plus also runs on Android 10.0 with internal storage of 128GB supported by 8GB of RAM. It features a battery capacity of 4500mAh while the camera also features amazing rear and selfie cameras.

Apple iPhone 11 Pro Max might not have the biggest RAM but its A13 Bionic chipset has made it really fast especially when it’s supported by the new iOS 13. The phone has internal storage options of 64GB, 256GB, and 512GB, all supported by 4GB of RAM. Apple is quite popular in the market for its low battery capacity, which on the 11 Pro max has improved a little (3969mAh). Perhaps what the 11 Pro Max is best known for is its triple rear camera.

Samsung is well known globally for always putting the best phones of our time out for us all. Samsung Galaxy Note 10 Plus is packed with a Qualcomm Snapdragon 855 processor, huge RAM options (8GB and 12GB), robust internal storage (256GB) which can be expanded via a microSD expansion, cable rear quad-camera system, and much more. 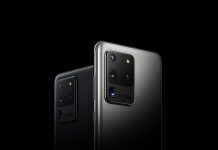