Gulf Takeout
Home Lifestyle Ethiopia Plants a Record-Breaking 353 Million Trees in a Day to Save... 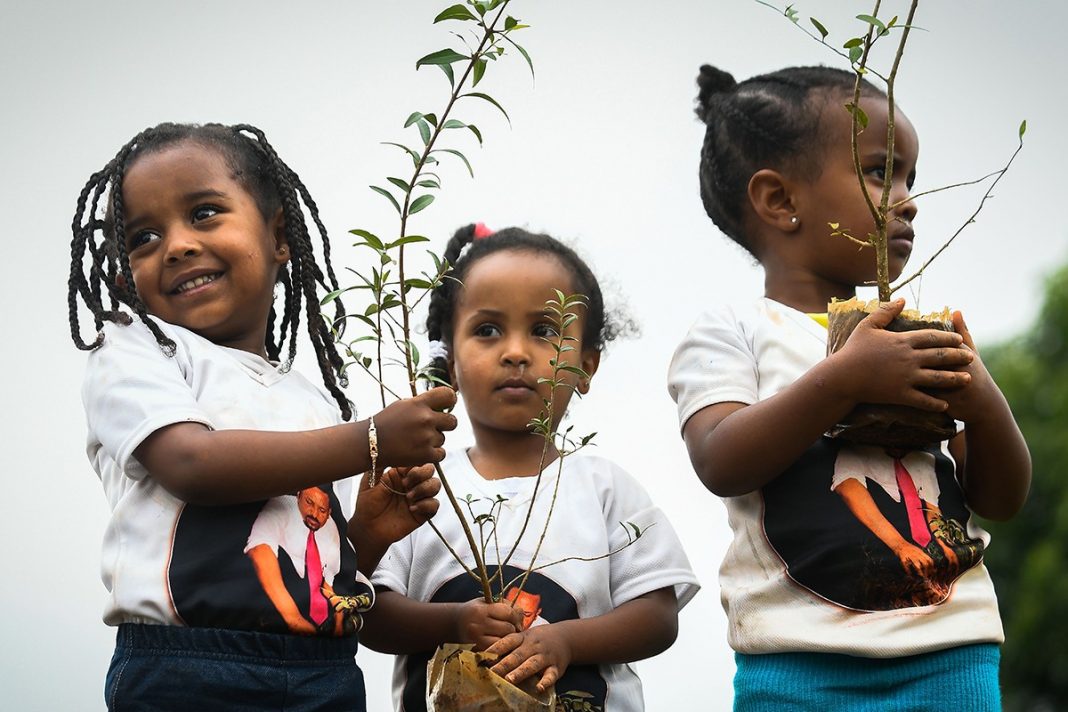 In a record-breaking historic move by the people of Ethiopia, over 353 million trees were planted in a single day to counter the effects of deforestation and climate change.

The Gulele Botanical Garden in Addis Ababa, Ethiopia, launched the historic tree planting campaign where volunteers began planting millions of tree seedlings spanning across the country, in an admirable attempt to combat the effects of deforestation and climate change.

The reforestation effort falls under Ethiopia’s Green Legacy initiative, founded by Prime Minister Abiy Ahmed. According to the country’s presidency, Green Legacy “is an ambitious undertaking to become a green society by planting various types of eco-friendly seedlings to combat environmental degradation and, a national platform that will be used for various societal green activities.”

Exactly 353,633,660 tree seedlings were planted in just 12 hours. By fulfilling the tree-planting record, the country is surpassing its Green Legacy goal of planting 200 million trees in a day at over 1,000 sites, set by the Prime Minister.