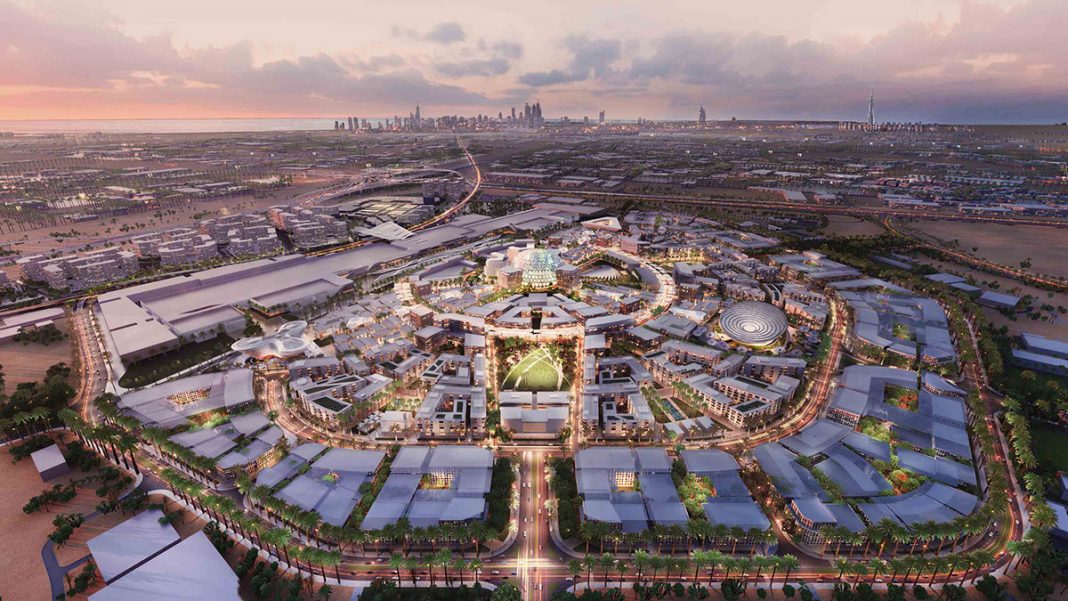 When The Crystal Palace was unveiled at the first World Expo hosted by the United Kingdom of Great Britain and Ireland in 1851, many would have doubted the continuity, “can’t last till then”, they would have prophesied but here we are, almost centuries later and we are preparing for the what’s to be remembered as one of world’s greatest expos, to be hosted by the city of Dubai. Fireworks erupted at the world’s tallest building, Burj Khalifa when the news broke that Dubai won the right to host the expo seven years ago. That news came at a time the UAE was already becoming a place of huge attractive buildings and an ever-improving economy. The expo, themed “Connecting Mind, Creating the Future”, will provide a platform to bring forth creativity, innovation, and global collaboration. It is based on the belief that sharing innovative ideas and building healthy partnerships will bring forth positivity and utmost possibility to all our futures.

Basically, World Expos serve as opportunities for different countries to showcase their ideas for solving global problems like the 1876 World Expo saw the world enjoy the introduction of telephone; the x-ray machine in 1901; the world’s first touchscreen at Knoxville in 1982 and 2020 edition won’t be an exception as we are going to invent great inventions technology-wise, which our world will greatly benefit from. World Expos come with great pressure and Dubai knew this when it won the right to host the 2020 edition, which means it has to do more than enough to leave a lasting impression on what could be a game-changer for years to come. As the first Middle East city to host the event, all eyes will be on the city when Expo eventually kicks off next year. The 2015 expo in Milan will not live long in the minds of observers and Dubai would have reviewed so as not to repeat most of the mistakes made during this expo that earned it “one of the worst world expos ever”.

With over 25 million visitors expected to attend the Expo 2020, accommodation will somehow be a daunting task, not in terms of spaces though but in terms of comfortability. We’re talking about 25 million different people from different countries with different cultures which means 25 million people with different taste of luxury and comfort; in this case, the ability to accommodate them all is not just an option, it has become a necessity.

Plans have been put to place and finished touches are being added to the master plan of this event and although everybody looks forward to how Dubai will fare during the Expo 2020, many have their eyes set on the aftermath of the event. What will happen to Dubai after the Expo 2020? That’s the big question; and let’s take a look at the likely happenings after the Expo 2020 Dubai.

Dubai’s infrastructure will forever be improved

Expo 2020 aside, the UAE has been a country that prioritizes infrastructure, no wonder they have many tourists troop in every year to see the wonders of the country, Dubai especially. An important sector is the aviation industry which is very decisive to Dubai’s long-term economic development, the city’s global connectivity is one of its foundations for growth, and this sector is bound to see a significant boost and further improvement. The Dubai Expo 2020 will also pave way for other architectural developments in the city, most notably the supposed $10 billion Mohammed Bin Rashid City (MBR City), scheduled to be completed in 2022 (a couple of months after the conclusion of the expo), which will feature the world’s largest artificial beach, a 14-kilometer boardwalk, a large water park, a Universal Studio theme pack, 100 hotels, the world’s largest swimming pool (covering 40 acres), one of the world’s largest malls and a golf course.

It is noteworthy that the Expo 2020 Dubai site will be redeveloped after the conclusion of the event to become an integrated ecosystem known as District 2020 and it will include a range of features including commercial, educational, cultural, and residential infrastructure. The supposed District 2020 will span more than 2,000,000 square-meters, with as much as 80 percent of the Expo 2020 site being restructured and from it will come forth a number of iconic structures which will be transformed into full-time facilities, including the giant Al Wasl Plaza dome, and the Sustainability Pavilion, which will become a Children and Science Center.

The District 2020 will have its own right to become a city on its own and that will further boost the economy of the city and it means more places to explore and more tourists attractions. This will definitely be a game-changer to Dubai’s infrastructure and though the length of relevance is not certain yet, it will definitely be remembered for a very long time.

The Dubai Expo 2020 will further boost an already-stable economy

Hosting a World Expo will not only bring Dubai to the forefront that the city is already used to; it will also bolster its reputation as an international business hub, presenting the city with lots of financial opportunities too. It has been predicted that the Expo 2020 alone will fetch Dubai AED 122.6 billion ($33.4 billion) and this will be a huge boost to the local economy and support the equivalent of 49,700 full-time jobs a year, according to the economic impact assessment commissioned by the Dubai authorities.

AED 37.7 billion of Gross Value Add is already being expected to be delivered to the city’s economy in the pre-Expo period, mostly from construction activities in the city while during the expo, a further AED 22.7 billion in GVA has been predicted, coming mainly from spending on hotels, hospitality, and business services.

Also, a huge revenue will be generated from District 2020, which will be erected after the conclusion of the expo with the likes of Accenture and Siemens already confirmed as tenants. Also, the Dubai Exhibition Center will also be expanded, extending the revenue range for the city, thereby boosting the overall economy of not just Dubai, but UAE generally.

The legacy the Expo 2020 is huge; ranging from economic legacy to physical and reputational legacy. It is no news that the investments made by the host city and participants, as well as expenditure of the incoming visitors and residents will considerably have effect on the local economy. The site, iconic structures and infrastructures that will be used for the Expo 2020 and beyond will forever hold significant space in the hearts of the natives, as much as the onlookers. The city will also use the opportunity to create some “one-of-its-kind” buildings, mostly in the area of the Expo 2020 after the conclusion.

The great city of Dubai will go down in history as the first city to host a World Expo in the Middle East and Africa regions – yeah, that’s major.