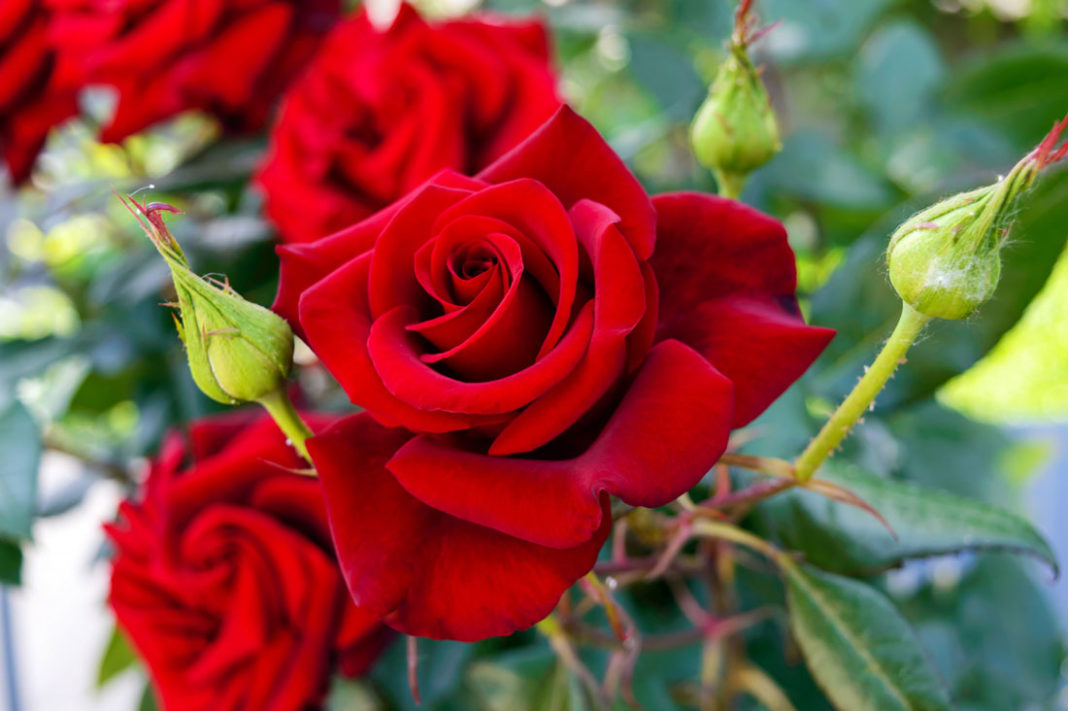 Flowers are generally regarded as one of nature’s most pleasing and catchy treasures as they represent true beauty in the most natural and purest form. There’s a reason why people cherish flowers so much and why some will even travel far distances to experience the seasonal wonders like the tulips in Holland, or the cherry blossoms in Japan. People plant flowers in their garden just to make sure the true beauty of nature is never missed in their lives, and while some don’t have to build gardens in their homes, they always ensure they have at least one vase of flowers in their homes, after all, nature is all that matters to them and the beauty that comes with these flowers is nothing short of that.

The fact that flowers have survived many generations is enough evidence as to how highly they’re regarded and cherished in the world. Every flower represents deep emotional meaning(s) and that explains why every generation has cherished them to be symbols of not just beauty but of fragrance too. Christian Dior once said, “Flowers are the most divine creatures after women”, and that’s to further cement the historic spot in the world as far as nature and beauty are concerned.

Although it might be tad bit difficult to decide what the most beautiful flowers in the world are, sentiments can and will always be pardoned. However, the fact remains that every single flower in the world represents a touch of beauty and nature in their own unique way.

With that said, we have compiled a list of what in our opinion are the most beautiful flowers in the world. 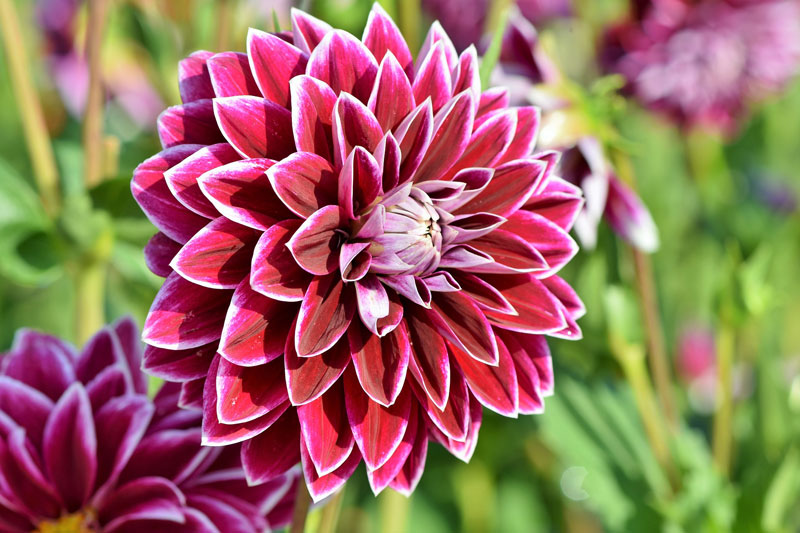 Nature has its own ways of making things look astonishing and lush, and that’s what you’ll find in Dahlia which happens to be one of the most vibrant flowers you’ll ever find. The flower can be found in different colors ranging from pink and red to orange and white. For some of the flower’s petals, things can even be more colorful as they possess color gradients like purples that lighten the whole flower from stem to tip or bright reds that gradually fade into soft whites. There are 42 different species of Dahlia in the world and the flower exists in different sizes ranging from 2 inches to about 20 inches in diameter. 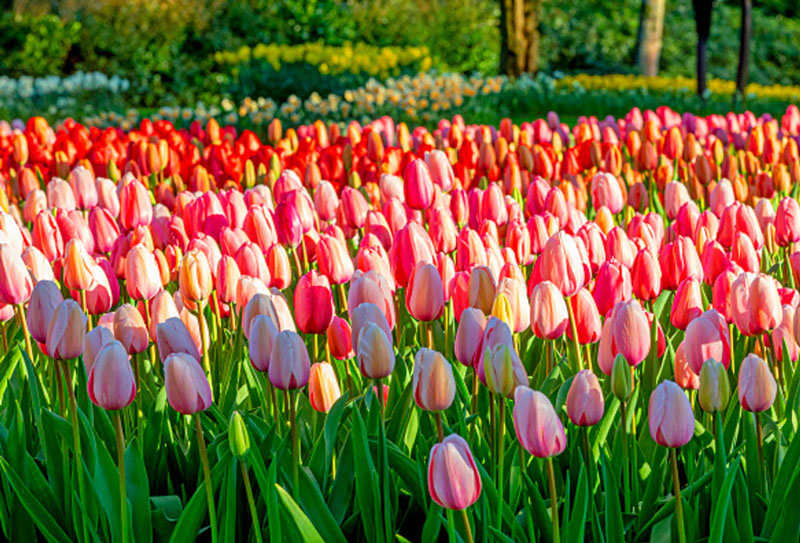 If you’re a flower lover then there’s no way you have not heard of the 32-hectares Keukenhof flower garden located in the Netherlands. What makes the flower garden exceptional is the display of millions of Tulips (Scientific name: Tulipa) in full bloom on each spring, making many people from all around the world troop to the garden to experience the full force and beauty of nature. Diversity is what makes the Tulip stand out among other flowers as there are over 3,000 varieties of tulips from 150 different species in the world. 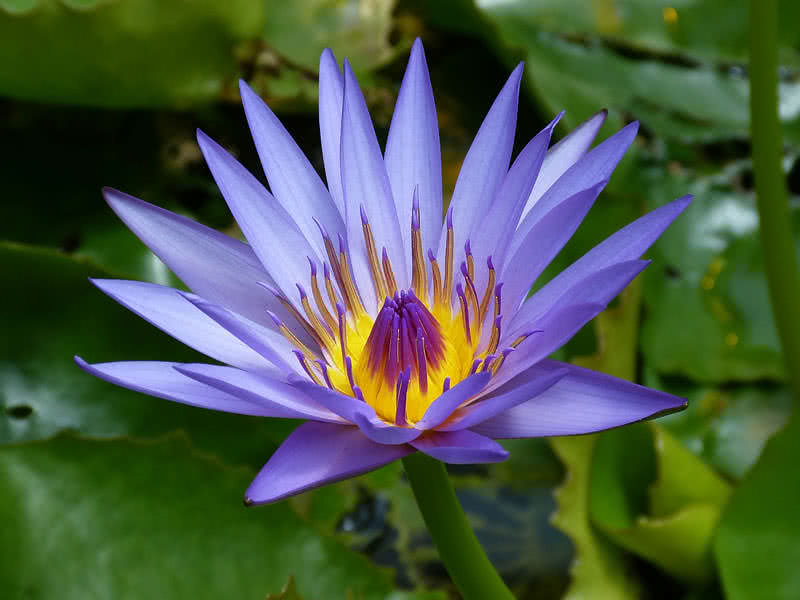 Water Lilies (Scientific name: Nymphaeaceae) is an aquatic flowering plant which only grows in still yet shallow freshwater environment and they’re regarded as the queen of all aquatic flowers. There are over 70 different types of water lilies in the world and they’re widely known to inhabit by balancing water temperature, thereby providing a natural and comfortable habitat for fishes. The flowers in water lilies come out of the water surface with each flower opening up in the morning and closing in the evening. The flower exists in colors like pink, white, purple, blue, yellow and orange. 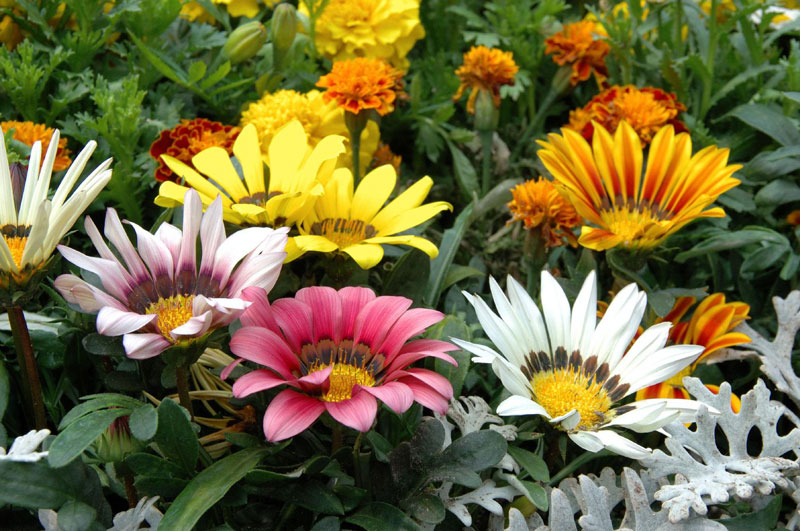 Often referred to as sun-loving flower because it grows well in areas where it only gets full sunshine, Gazania is a South African flowering plant that possesses pretty colored flowers as well as attractive silver-green leaves. You’ll rarely see Gazania in the evening and days when the temperature is very low because of its love for sun. The flower appears mostly in mid-summer and it continues to bloom through early fall when sun still appears, and it opens in clear shades of pink, red, white, orange, and yellow. 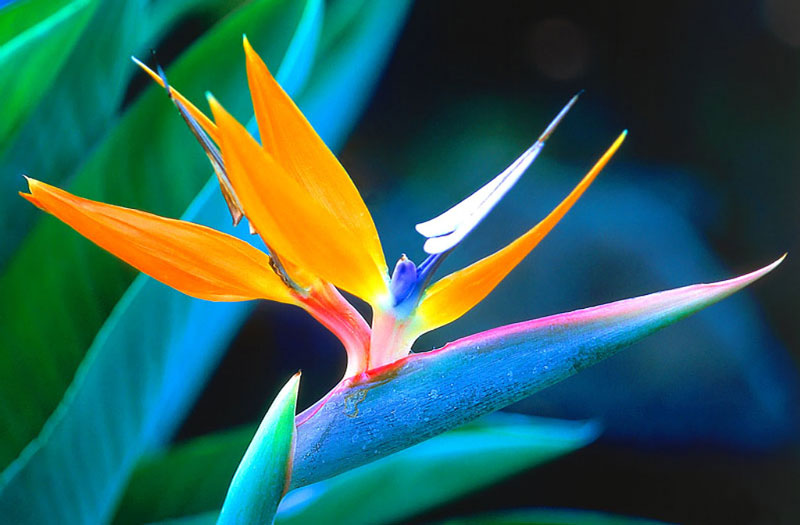 If a flower could be so beautiful that it shares a name with one of the most colorful birds in the world, then it must be truly beautiful. It doesn’t only share the same name with ‘Bird of Paradise’, the bird, they both share looks so especially when the flower is blooming. The Bird of Paradise (Scientific name: Strelitzia) is a flower whose beauty symbolizes the paradise itself. The flower has three orange-colored sepals and three blue-colored inner sepals, all coupled with green leaves and it blooms from May through September. When it blooms, it looks exactly like the Bird of Paradise when it’s in flight. 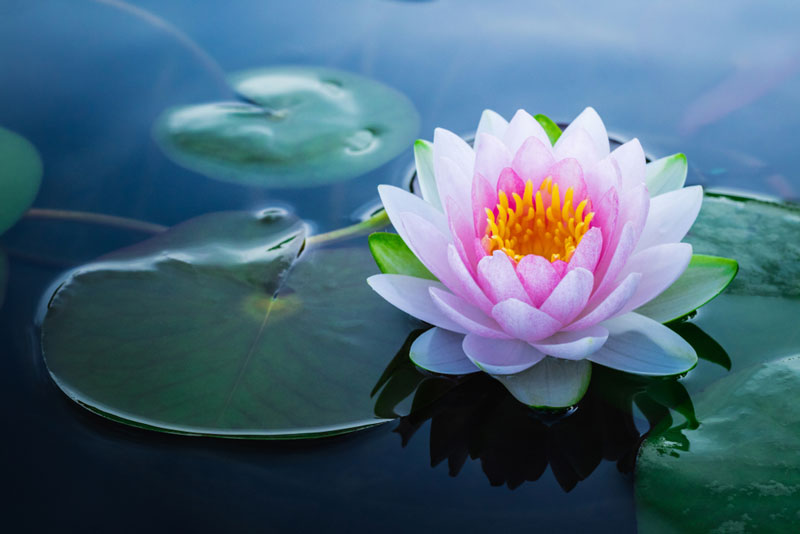 Lotus (Scientific name: Nelumbo nucifera) is another aquatic plant which grows in shallow and murky waters. True definition of beauty from the dirt, Lotus still shines so bright regardless of how dirty its environment is. It is a sacred flower for Buddhists and it symbolizes divinity, grace, purity and harmony. The light-sensitive flower which opens up in the morning and closes at night is mainly found in pink and white colors with multi-layered petals and a central head. Coupled with the beauty the flower possesses is a pleasant fragrance which makes it stand out among other aquatic flowers. 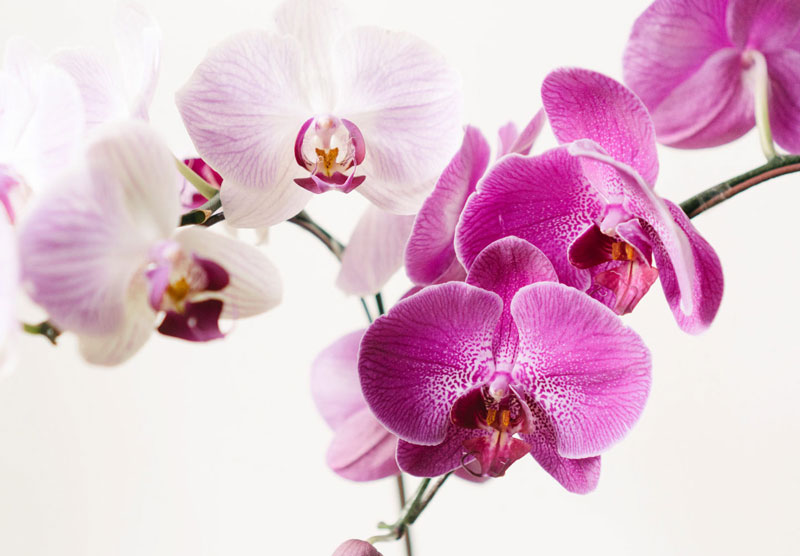 Orchid (Scientific name: Orchidaceae) is not only one of the largest flowering plant families in the world, Orchid is also one of the earliest flowers to be discovered with countless of varieties found throughout the world. There are currently 28,000 relatable species in the world and the flower can be seen on every part of the planet except Antarctica. The lovely looks of the flower makes it a very popular choice worldwide and it is regarded as one of the most beautiful flowers anyone can set their eyes on in the entire world. 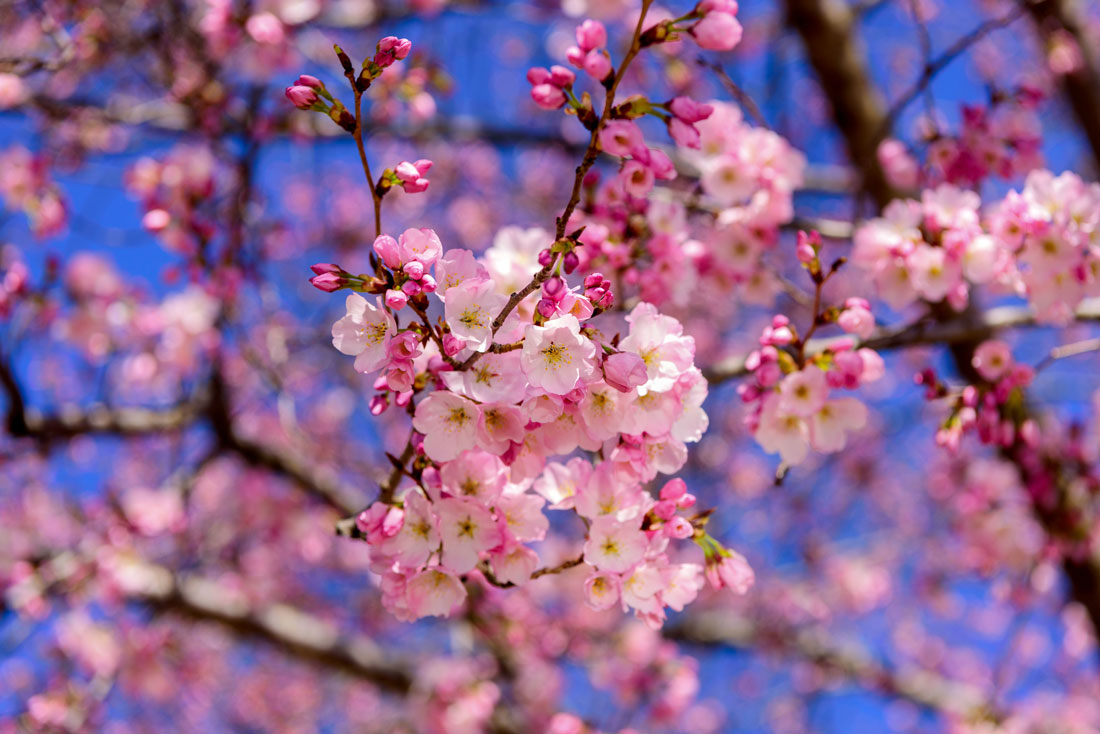 The iconic Cherry Blossom (Scientific name: Prunus serrulata) is officially Japan’s national flower and a sign of friendship between Japan and the United States of America. This flower is beautiful enough to have people from all across the globe take an annual trip to Japan just to watch it bloom in beautiful colors like pink and white. In Japan, the Cherry Blossom flower symbolizes renewal and the fleeting nature of life, and perhaps its most mysterious fact is that its beauty becomes apparent from a distance. 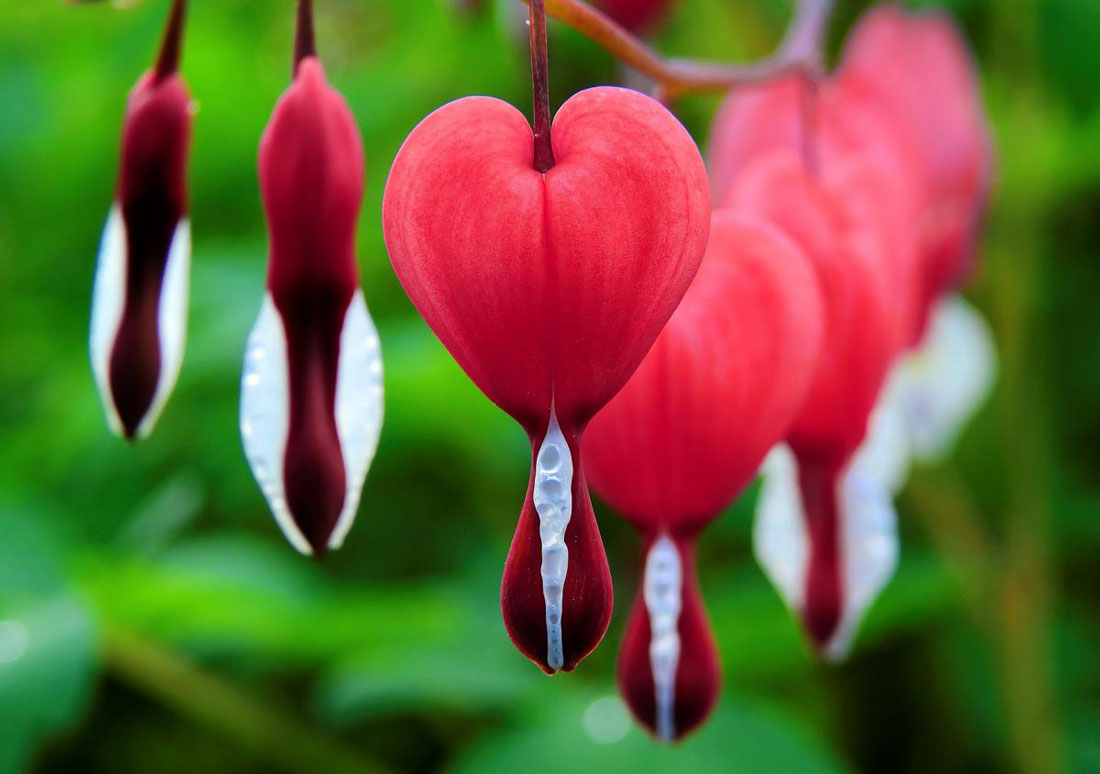 Everybody in the world understands the general concept of the heart, the natural message it entails and also its functionality. Bleeding Heart (Scientific name: Lamprocapnos) is regarded as one of the well-detailed flowers as far as emotions are concerned because the flower literally has a heart shape in its pink-white color. The beauty of this flower is huge enough to gain anybody’s attention and it grows well in moist and cool climate. Although the flower exists in four different colors; pink, red, yellow and white; it is the pink with outer petals coupled with white tips that looks attractive the most. It looks like bleeding heart when a drop of water appears at the tip of the flower in a moisture filled environment. 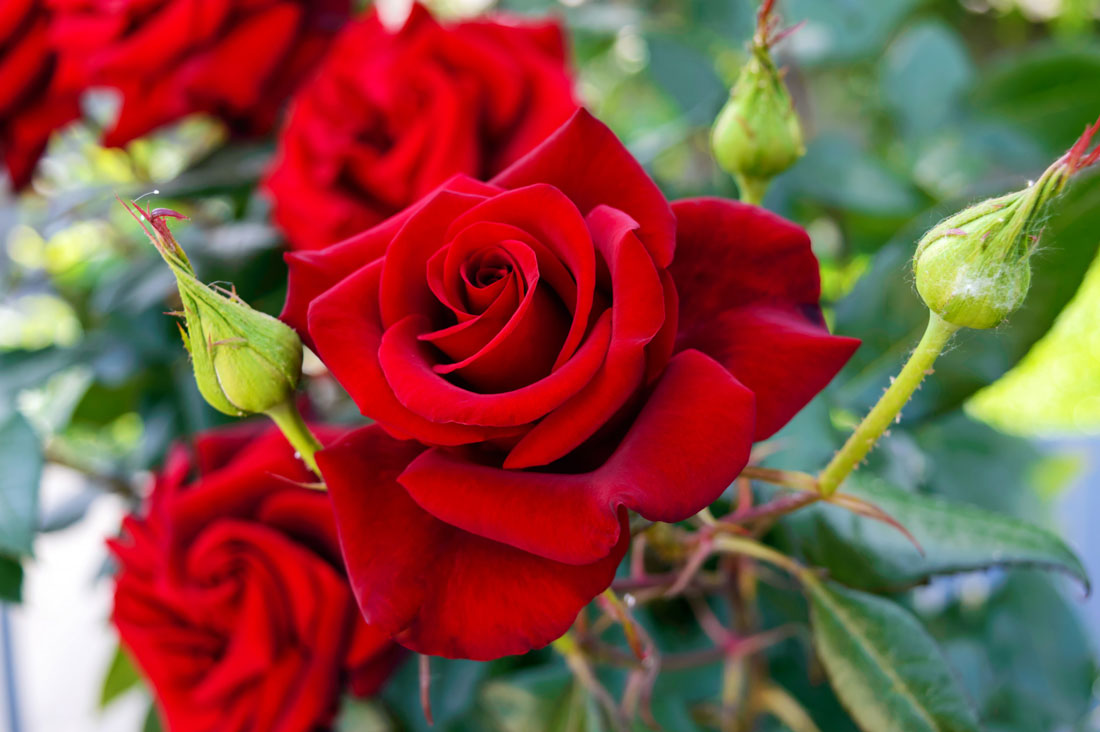 Elegance is what is written all over the rose flower (Scientific name: Rosa), and that is why it is one of the most popular flowers in the whole world, and commonly called the “queen of the garden”. The rose is regarded as the most beautiful flower in the world, and is popularly seen as a universal sign of love and romance which explains why it is often seen in romantic functions like dates, proposals, weddings, and even in bedrooms. The history of rose can be traced back to the early 500 BC when human started to cultivate the flowering plant. Roses grow in different sizes and colors, to have five petals and five sepals with the exception of Rosa Sericea which is the only specie of rose to have only four petals. 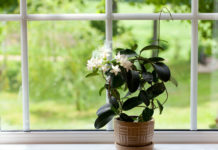 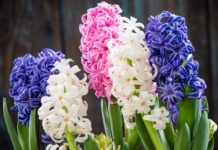