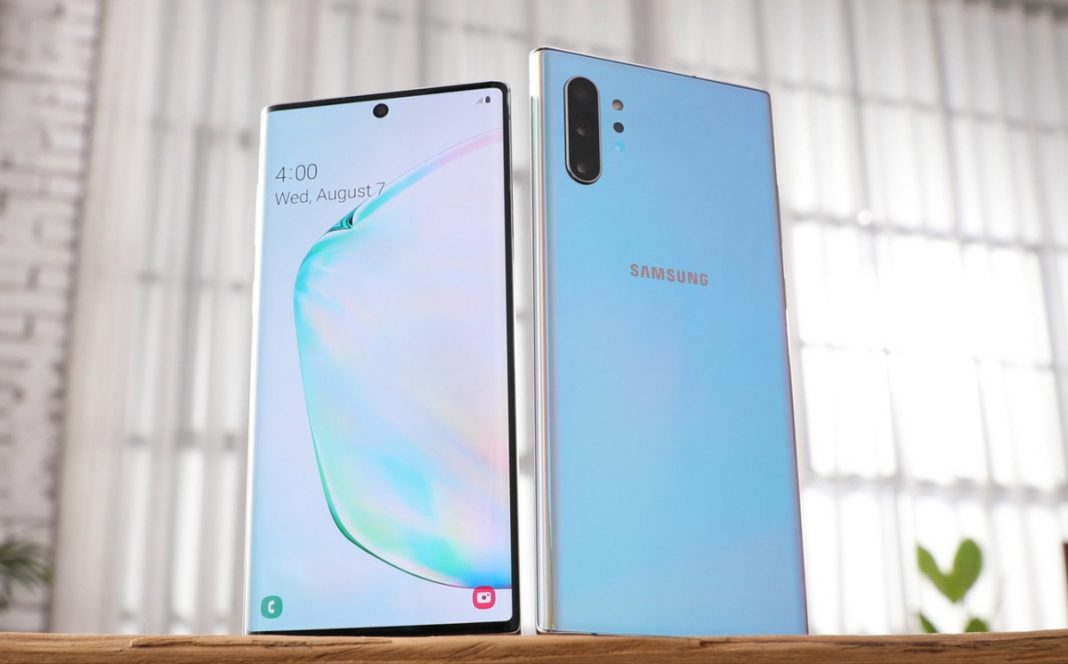 Pretty much everyone has a smartphone nowadays, and the type of phone used differ based on each person’s preference. With the continuing increase in the smartphone industry, the competition is becoming more severe and rival companies continue to keep one another on their toes. This rivalry is all in good spirit as it is a win-win for everyone; from the companies who get to develop more products to match their rivals to the consumers who are availed a plethora of choices. With that in mind, we can’t help but say that there is no bad deal in the competition, as long as it remains healthy.

As smartphones come, some brands are in close competitions with each other while others prefer to do their things without the pressure. The most notorious of the rivalry is perhaps between Apple and Samsung. As far as this list is concerned however, iPhone lovers and users can stick to their place and that place is outside of this list. With its greatest competitor eliminated, Samsung reigns supreme on the list as the best android smartphone in the world.

Apart from the Samsung Galaxy S10 Plus, which is the direct rival to Apple’s latest model, the iPhone 11 Pro Max, there are also other Samsung models on the list, dominating the list in a substantial level.

Below is our list of the top 20 best Android smartphones you can buy right now in 2019. 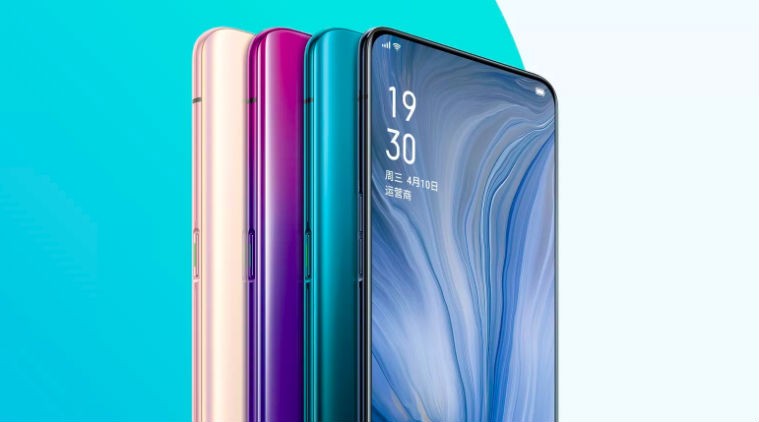 Oppo Reno 10x Zoom is an interesting alternative to OnePlus 7 Pro but boasts of a better camera, battery and design. It doesn’t sacrifice performance as it is also equipped with a Snapdragon 855 processor. With a 6.6 inches screen size, the phone features a rear triple camera of 48MP, 13MP and 8MP, supported by a 16MP motorized pop-up front camera. Reno 10X Zoom comes in four different versions; 128GB/6GB RAM, 256GB/6GB RAM, 256GB/8GB RAM and 256GB/12GB RAM. All these amazing features can be fully explored with the 4065mAh battery capacity. 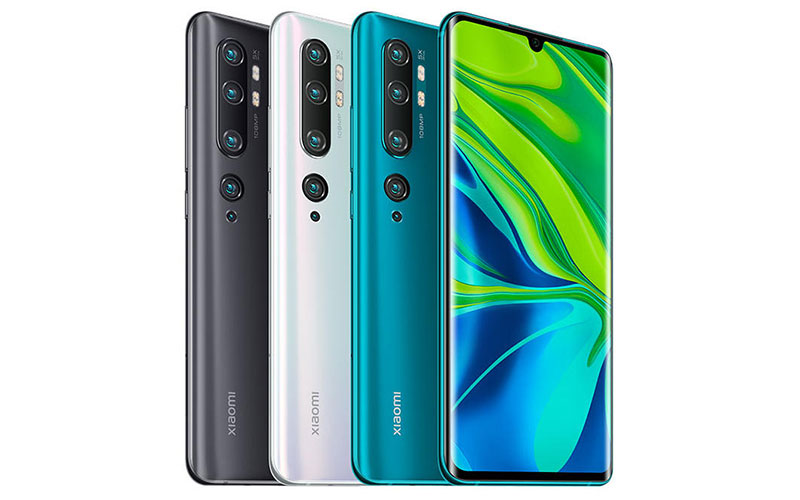 If you are a lover of good camera, then the Xiaomi MI Note 10 is definitely the one for you. The phone boasts of top android features in conjunction with a combined 108 MP shared among 5 rear cameras and a 32 MP front camera. The 128GB internal memory is supported by 6GB and an amazing 5260mAh battery capacity which is not commonly seen on smartphones that in production right now. 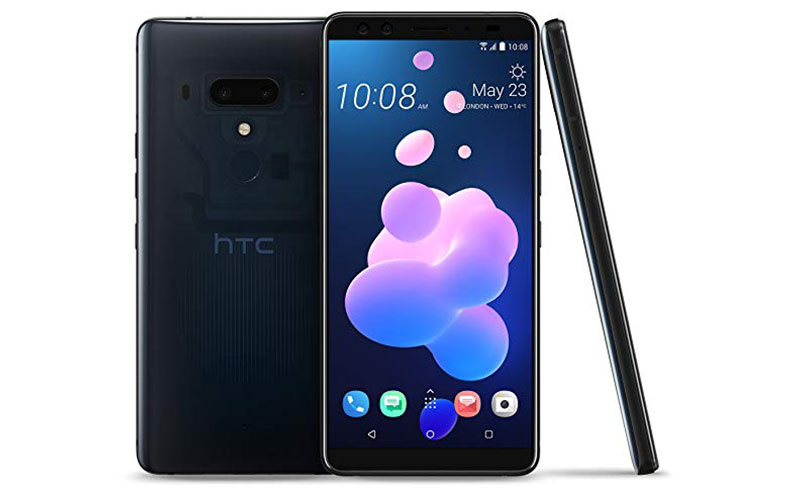 HTC might not be as popular as Samsung or Google but, it also produces really powerful smartphones such as the U12+ which has a Snapdragon 845 processor as well as a 6.0 inches screen size. The phone features a rear dual camera of 12MP and 16MP, supported by a combined dual front camera if 16MP. The amazing features haven’t made the phone overpriced as it is one of the cheapest phones in the smartphone market right now. Like most recent smartphones, the phone is available in two versions; 64GB/6GB RAM and 128GB/6GB RAM with a battery capacity of 3500mAh. 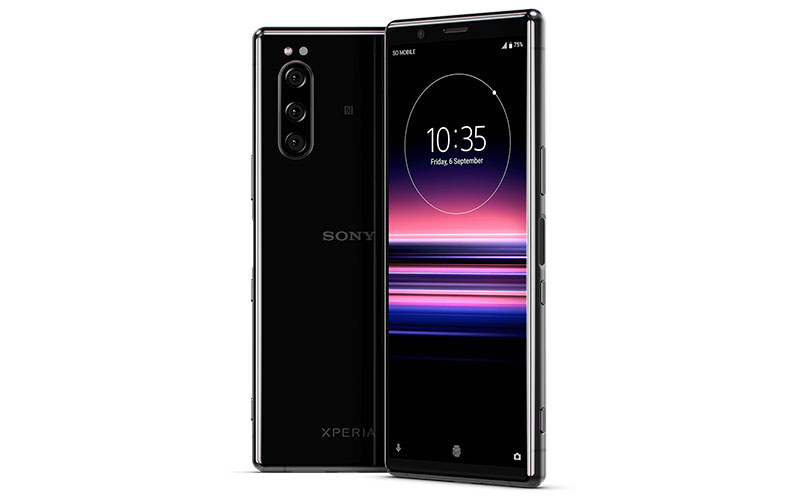 Sony joins the list of brands making the best android phones with the Xperia 5’s amazing screen and stellar performance including the trending triple-lens rear camera. Featuring the popular Android 9.0 operating system, the phone comes with 128GB internal memory which can be expanded to up to 1TB via a microSD and a 6GB RAM that ensures blazing performance. Perhaps the only negative is the 3140mAh battery capacity which is way below top competitors’ productions. 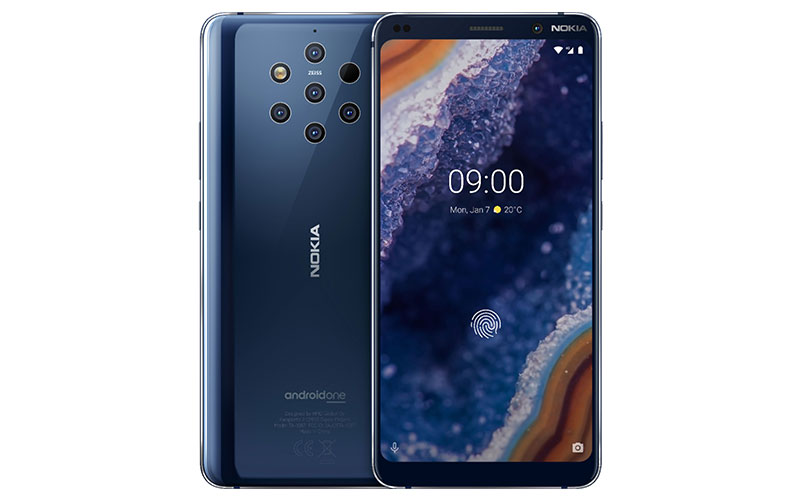 The most interesting feature about the Nokia PureView is the rear camera which consists of five whole lenses, complemented by a front camera of 20MP, bet you’ve never seen that. As exciting as that it, it is not the only appeal the phone has as it also boasts of all necessary features including an Android 9.0 operating system, 6GB RAM, 128GB internal memory and 3320mAh battery life. 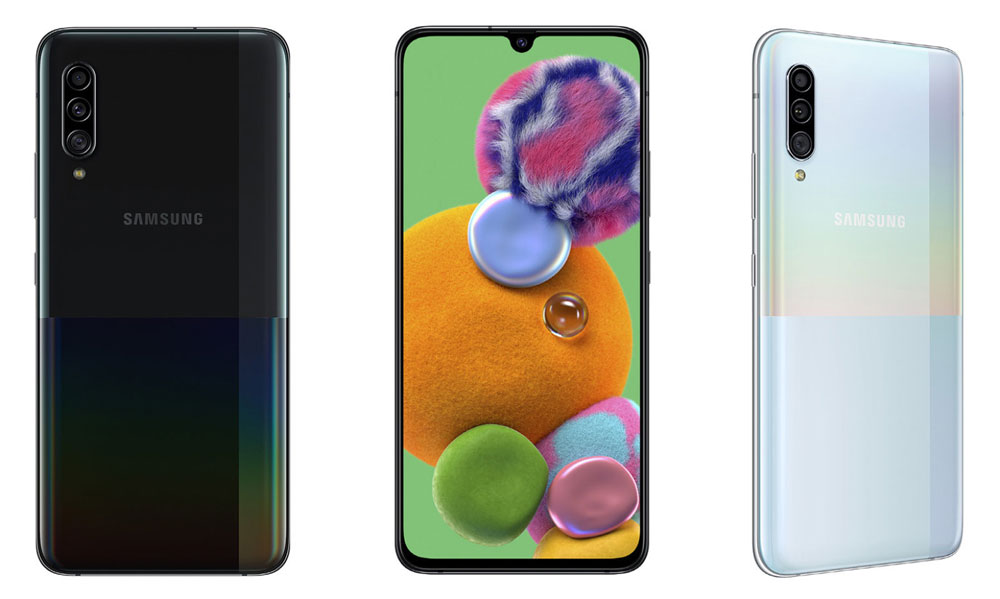 The future is here with Samsung Galaxy A90 5G as you can go 5G with reasonable price tag. It has a screen size of 6.7 inches and an amazing 4500mAh that makes you enjoy the exotic features. The 5G speed is further enhanced by a Snapdragon 855 processor and the phone boasts of wireless charging as well as IP68 waterproofing. The phone also features a rear triple camera of 48MP, 8MP and a 5MP depth sensor, with a front camera of 32MP. The phone is available in two versions; 128GB/6GB RAM and 128GB/8GB RAM with an expansion slot that can take up to 512GB of external memory. 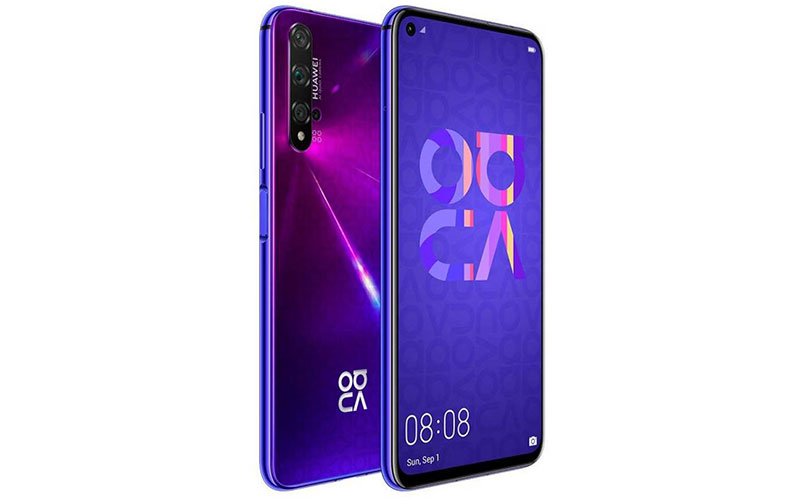 Huawei gives it all with the Nova 5T. The phone boasts of a beautiful design with amazing performance highlighted by Mali-G76 MP10 GPU. It has an Android 10 OS and a combined 66MP triple camera with 2MP depth sensor. The RAM is 6GB/8GB while the storage is 128 GB and it’s supported by the 3750mAh battery life. 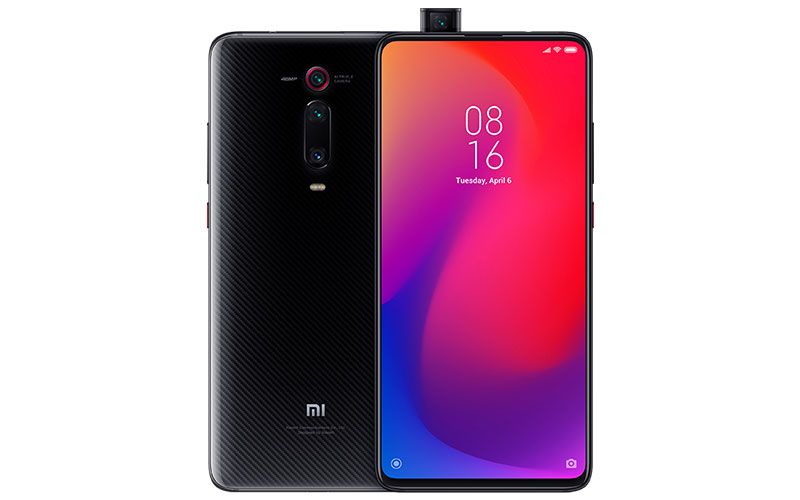 With a screen size of 6.69 inches, the phone is one of the phones with the best screen sizes in the Android market and the 4000mAh battery capacity can only be bettered by few. There is a triple-lens rear camera of 48MP/8MP/13MP and a front camera of 20MP with commendable RAM and storage space options of 64GB/6GB RAM, 128GB/6GB RAM, and 256GB/8GB RAM. 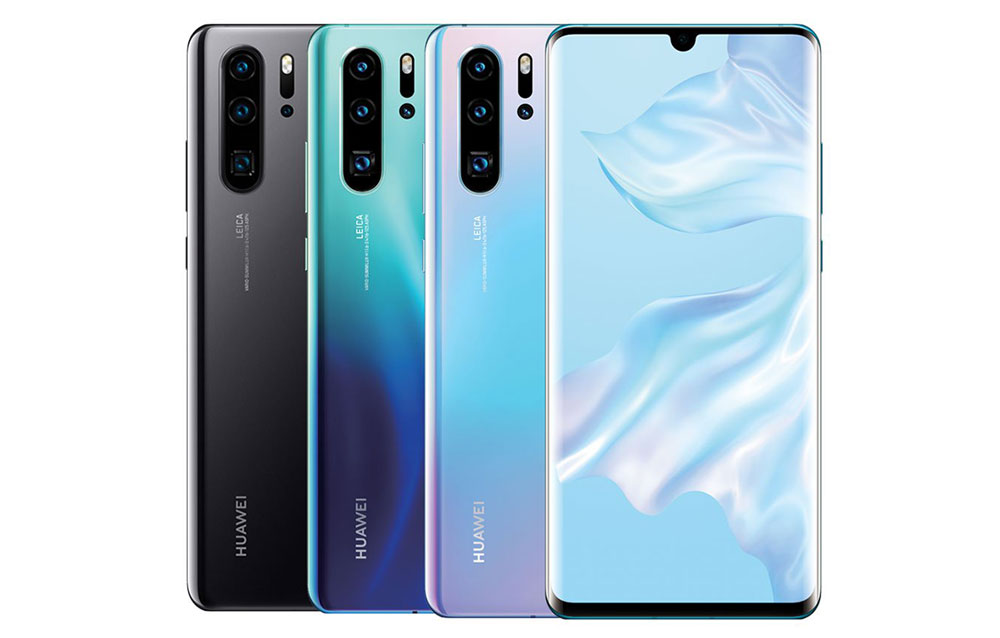 Huawei has always managed to churn out phones with amazing standard and the P30 Pro did not disappoint. It is packed with Android 9 Pie and a 4200mAh battery. The RAM is 6 GB/8 GB while the storage is 128GB/256GB/512GB. The overall performance makes it one of the best Android phones out there today. 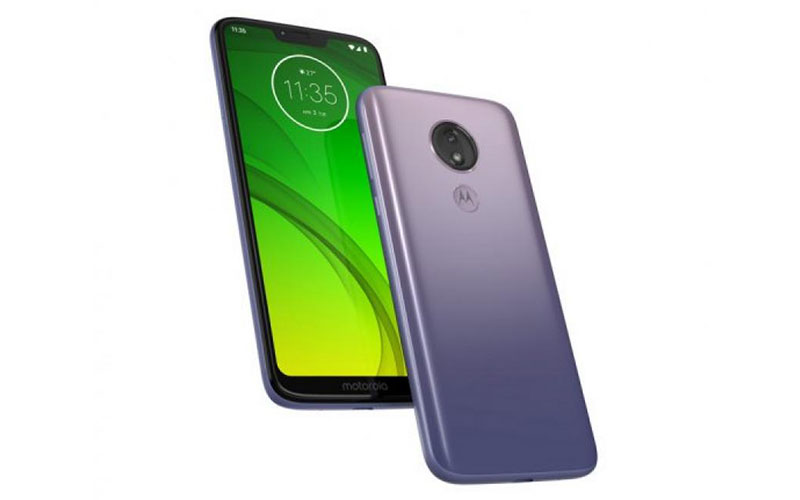 The Motorola Moto G7 Power mostly offers average features but an excellent battery life which has made quite a number of people forgo its not quite being as sleek as most of the other options in market. The affordable smartphone features a huge 5000mAh battery life which is one of the best types one can get in the smartphone at the moment. The phone comes in two versions; 32GB/3GB RAM and 64GB/4GB RAM which is complimented by the Android 9.0 Pie operating system. 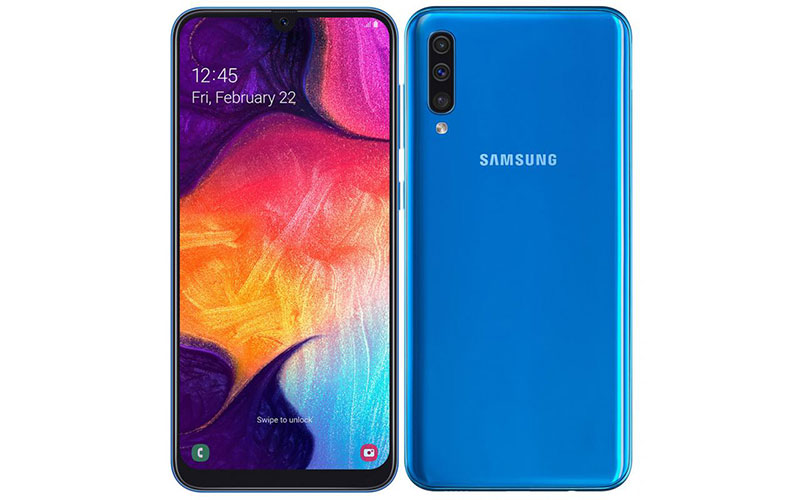 Galaxy A50 is one of the best deals you will get with Samsung as it offers a bunch of their signature features for a price less than half of the S10e. There is a triple-lens rear camera of combined 38MP with commendable quality, 4000mAh that ensures you enjoy every bit of the features the phone has to offer and an octa-core 4×2.3 GHz Cortex-A73 which aids amazing performance. There are 4 available versions; 64GB/4GB RAM, 64GB/6GB RAM, 128GB/4GB, 128GB/6GB RAM and all versions come with 4000mAh battery capacity. 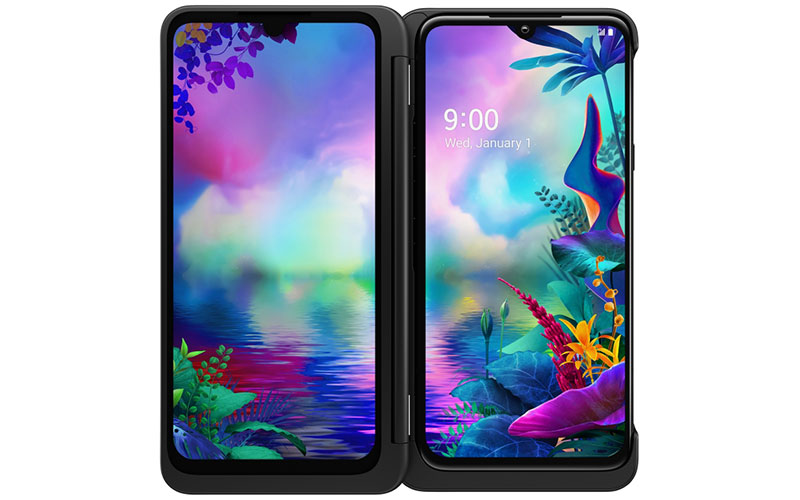 The highlight of this phone is the extra display which allows you run two apps simultaneously. The extra screen can rotate 360 degrees and is removable. Other notable features include a screen of 6.4 inches, RAM of 6GB, an internal storage of 128GG, a triple-lens rear camera of 13MP/12MP which is supported by a front camera of 32MP; and a battery life of 4000mAh. 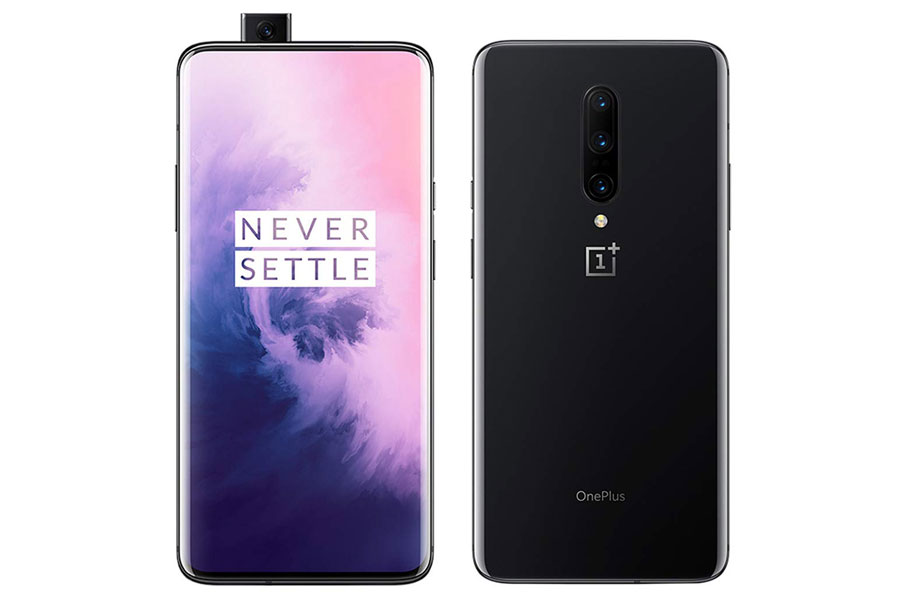 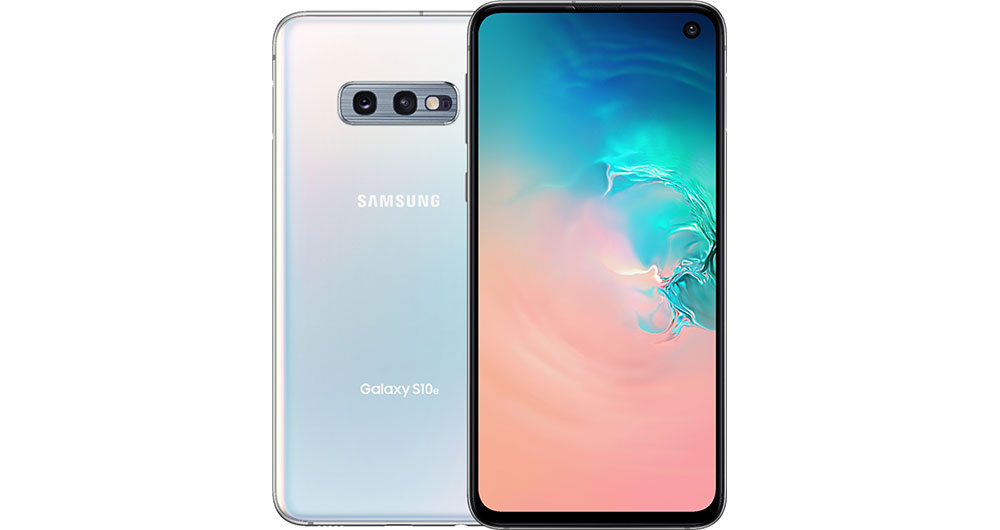 Released together with Galaxy S10 and Galaxy S10 Plus as part of the Samsung Galaxy S series, Galaxy S10e is the smallest of all three, size-wise, with a screen size of 5.8 inches and a resolution of 1080 x 2280 pixels. The phone has a RAM option of either 6GB or 8GB with an internal storage option of either 128GB or 256 GB. It has the same processor as the Note 10 Plus and features Wireless PowerShare which allows the phone share its power with other compatible devices. 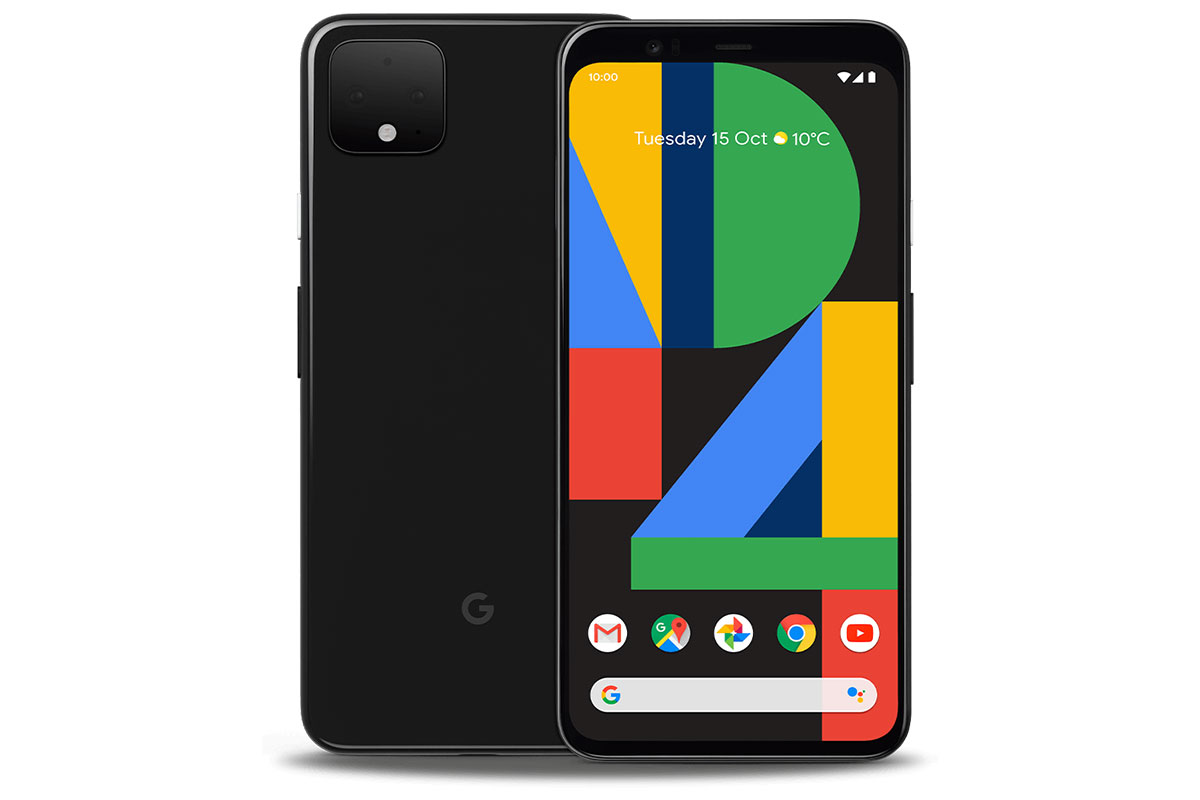 This phone is slightly better than its siblings from the same maker. Google has done an enviable job with this phone by ensuring the Pixel 4 XL sports the new Android 10 operating system and this is further complimented by the 1440 x 3040 screen resolution to ensure that you have a great view of the world right on your smartphone. The Pixel 4 XL has improved features and although the 3700mAh isn’t the battery capacity most users would have wanted, the fact that it has a fast charging feature will make sure you get your phone back to a full battery level in no time. You have an option of either 64GB or 128GB of internal storage with 6GB RAM. 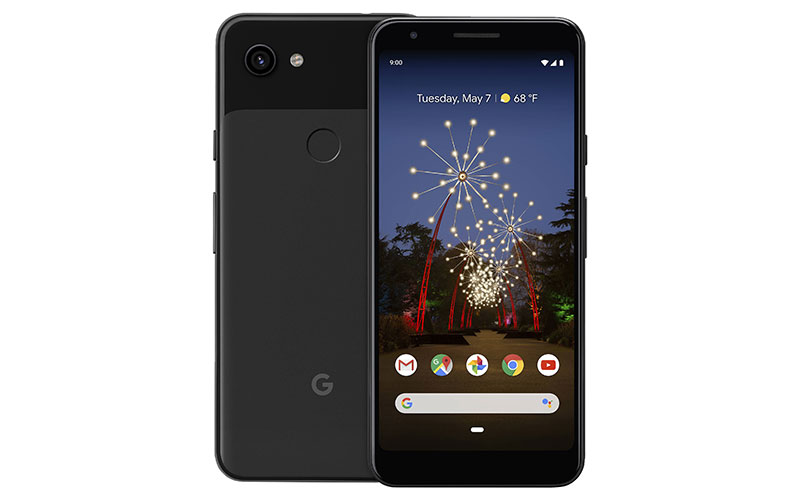 Google is providing options with its Pixel phones and the Google Pixel 3a is a good choice with its array of features on a very low cost. The screen is 5.6 inches and it comes with a 12 MP rear camera and an 8 MP front camera. The phone’s internal memory is 64GB which can be further extended via a MicroSD memory card and performance is boosted by the presence of 8GB of RAM. 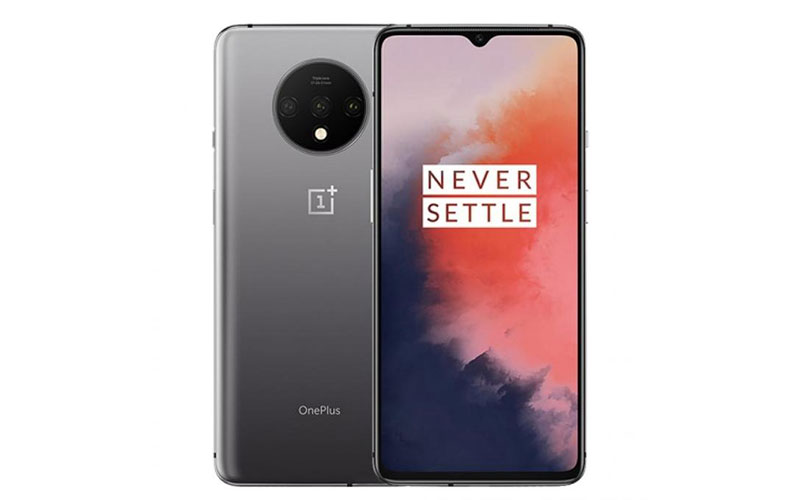 One of the best smartphones you can lay your hands on right now is the OnePlus 7T with its 6.55 inches screen along with triple-lens rear camera of 48MP, 16 MP, and 12 MP while the front camera is 16 MP. The Android version is 10 with Oxygen OS and the processor is the Snapdragon 855+ while the RAM is 8 GB and the external memory stands at 128 GB. The phone also has a battery capacity of 3800mAh with a fast charge feature which is common among smartphones these days. 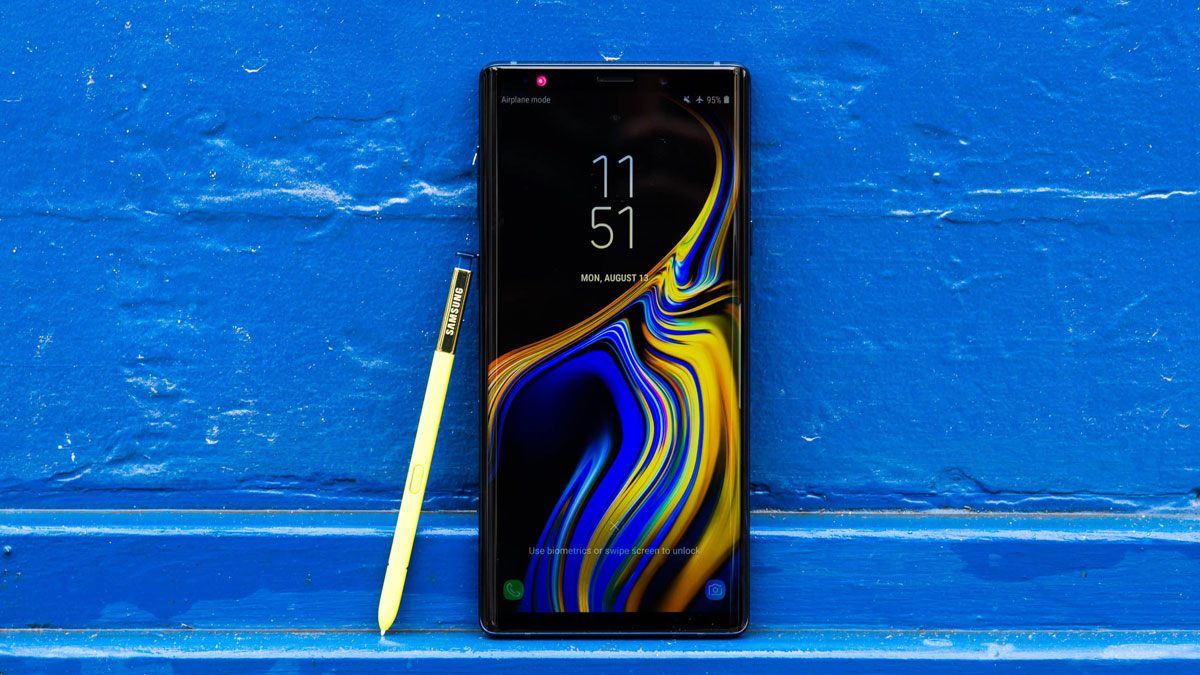 The Samsung Galaxy Note 9 remains one of the best android smartphones in the market right now with a lot of power. The a high-end smartphone which shares a striking similarity with the older version, Note 8, comes with a 4000 mAh battery capacity, and a 6.4-inch screen size gives you the perfect view of every single operation you perform on the phone. In addition to this, it comes with a great feature which you can only find in a very few smartphones – the S Pen. The S Pen is a stylus which gives the Galaxy Note series a major advantage over every single smartphone in in the market. The phone is also ideal for business in general, because with this Pen, you can easily take notes on your device during a meeting, just like it’s done with the traditional paper note and pen. 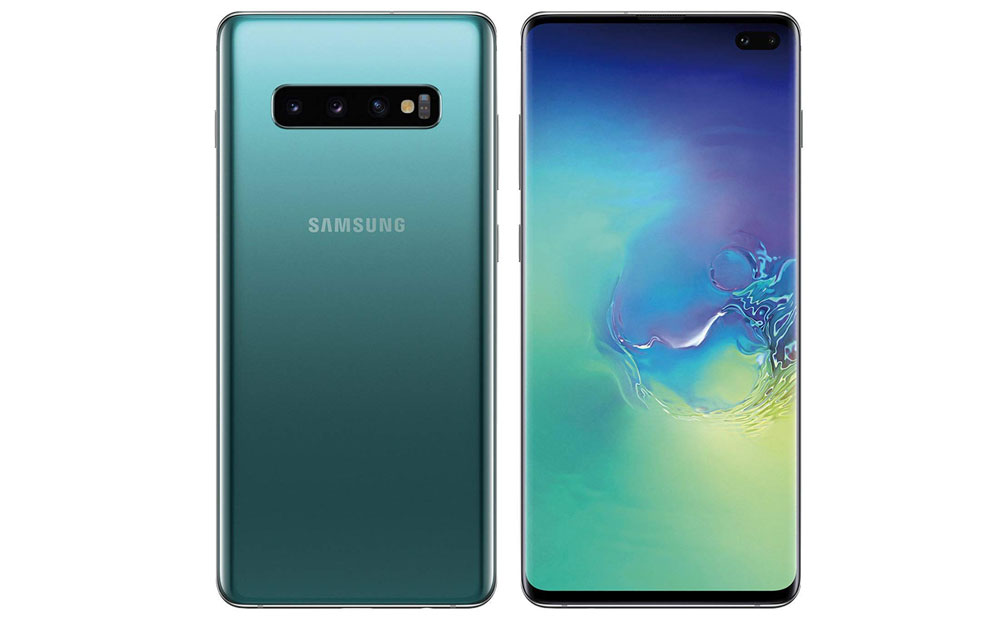 Equipped with a Snapdragon 855 processor, the Galaxy S10 Plus is one of the best performing phones presently. There is a triple lens camera set-up at the back and a 4100mAh battery, which gives the phone the power to function all day. The screen size is 6.4 inches and the android version is 9 Pie with One UI, and while one has 2 options when it comes to the RAM; 8GB and 12 GB, what intrigues users most is the choice of internal storage capacity Samsung has opted for this time around, with the option of 128 GB, 512 GB, and 1 TB. There is a bunch of amazing features which distinguishes the S10 Plus from other android smartphones such as the infinity-O display as well as the ultrasonic fingerprint sensor but, the Wireless PowerShare is perhaps the coolest feature as it allows you to place your S10 Plus on any other phone using Wireless PowerShare and tap off their power. 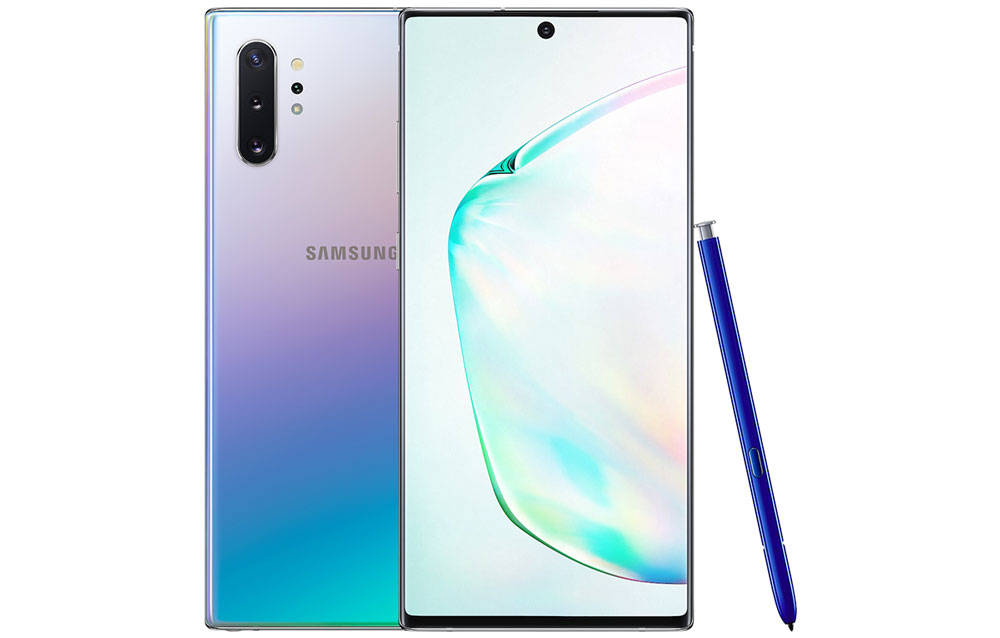 The Samsung Galaxy Note 10 Plus is unarguably the best android smartphone on market right now. The screen size is 6.8 inches and the phone has one of the fastest performances in the smartphone world with a RAM of 12GB and a huge internal memory that ensure you have more than enough storage to save your documents with options of 256 and 512 GB. The Android 9.0 operating system aids incredible performance which you can wholly enjoy by the non-removable Li-Ion 4300mAh battery. It has a triple camera and the processor is Snapdragon 855 (US)/Exynos 9825 (WW). 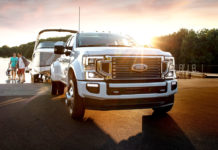