“The problem with fur. … For me, as long as people eat meat and wear leather, I don’t get the message.” says legendary designer Karl Lagerfield, in a 2015 interview with the New York Times. That sentence represents the belief of a factions decades-long battle on the use of animal fur as human clothing.

We were all taught that in the early years, humans lived on meat of animals and clothed themselves in the skin of those animals. As the world developed, wearing fur became a trend in fashion to portray wealth, class and high taste in fashion, thereby propelling prosperity in the fur industry. The negative consequence of this is the danger it poses to the animals, which birth animal rights activist groups who agitated and continue to agitate for the ban of fur usage.

PETA, one of the most renowned group whose aim is to sensitize the world about the danger in the use of fur and to ensure that it is stopped as a practice, have since issued numerous statements decrying the cruelty the affected animals go through in order to satisfy the luxury humans crave. The animals most bred for their furs include mink, sable, chinchilla, Arctic fox, marten, lynxes, red fox, and so on. These animals are made to go through cruel lives before they are sacrificed for their furs.

Today, the argument has taken a new dimension. Some people have stood up to ask why the use of fur is viewed as an ethical offense but the use of leather is not considered to be so. Animals are also used to derive leather which provides the shoes and bags we all admire and buy. This brings into light the hypocrisy of humans as well the unconscious cognitive bias that exists in their minds. People have created their own subjective views on the use of fur, but refused to extend the same courtesy to leather thereby making one question the psychology of these critics.

Although, the recent years have been showing slight inclination to correcting the misconception and leveling up the playing ground, the impacts made are still far from been justifiable. High-end fashion shows are still held where models strut around clad in leathers and the backlash is still not strong enough to derail Prada and Miu Miu as well as well other believers in the usage of leather, that the world does not belong to humans alone.

Perhaps, it will be important at this stage to discuss the effect of both fur and leather on the environment and see how myopic most people have been. The production of fur has been condemned as harmful to the environment as the animal skins are treated with toxic chemicals such as hexavalent chromium and formaldehyde, posing a risk to waterways while putting the people in more risks. The climate change impact of mink fur has also been stated to be five times higher than that of wool, according to an assessment made by CE Delft.

As terrible as it sound, it is not as bad as the impact of leather on the environment. Ecocult Editor, Alden Wicker has justified her use of fur by the fact that the environmental and health disaster posed by the leather industry is even on a larger scale than that of fur. The people who live in areas where such leathers are processed are susceptible to several health anomalies due to the long term effect of the industry on their health.

More so, it is important to reiterate the effect wearing both fur and leather has on the animals that produce them. A surge in the fur or leather market will lead to a proliferation of fur/leather farmers in order to meet the demand of the market. This further poses a strain on the animals as they are treated in harsh and inconsiderate manners in order to get the best benefit from them while spending as little as possible. PETA has shown videos revealing how animals are treated on these farms and have condemned the acts in the following words, “The animals – who are housed in unbearably small cages – live with fear, stress, disease, parasites, and other physical and psychological hardships, all for the sake of an unnecessary global industry that makes billions of dollars annually”.

The continuing backlash has led to a ban on fur being put in place by many countries such as the United Kingdom, the Netherlands, and Austria, while the import of fur is banned in India. In New Zealand, the import of mink is banned. While these achievements have been celebrated by many, it is time to give that same attention given to fur, in order to ensure the preservation of animal lives, to other animals from which leather is scraped from.

It is appalling that people feel the backlash against fur is justified because we have a cognitive bias to fur as an object of luxury instead of necessity. So hypocritical and biased that we forget that animals also go through the same cruelty in other to make the fine shoes and bags we admire. The alternatives are not yet commendable as using second hand leather does not in any way negate the fact of where the material came from, and vegan leather has even been proved to be of great negative impact to the environment.

It is safe to conclude that raising voices against the use of fur but merely whispering against the use of leather is hypocrisy; one that we need to rid ourselves from and embrace the kind of impartiality that will ensure the world is a safe space for all species without one running another into extinction. There is an on-going movement against the use of leather in America and some European countries but this is not enough to call it square. The fashion world is rejecting fur already as brands such as Armani, Stella McCartney, Gucci, Versace, Galliano, DKNY and Ralph Lauren have already joined the fur-free movement. An equal rejection of leather is also necessary since what is good for the goose is also good for the gander. 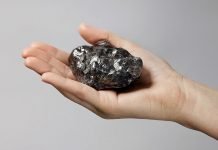 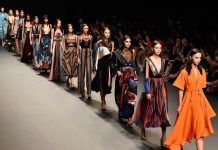 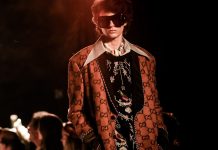 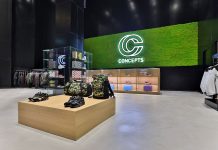 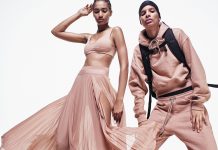