Janet Jackson, 50 Cent, Chris Brown, Liam Payne, Future, Tyga, and Steve Aoki took to the stage to thrill their Saudi Arabia fans. Most of the superstars were last-minute additions to the Jeddah World Fest line-up, confirming the day before the event. It was the first time performing in Saudi Arabia for all the artists.

The Jeddah Season marks another milestone in Saudi Arabia’s ongoing expansion of its entertainment sector. The 41-day entertainment series of events which held in Jeddah, concluded with a star-studded concert titled Jeddah World Fest – on July 18 at the King Abdullah Sports City Stadium.

Check out the photos from the groundbreaking event below 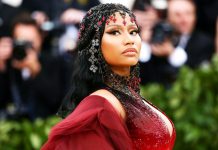