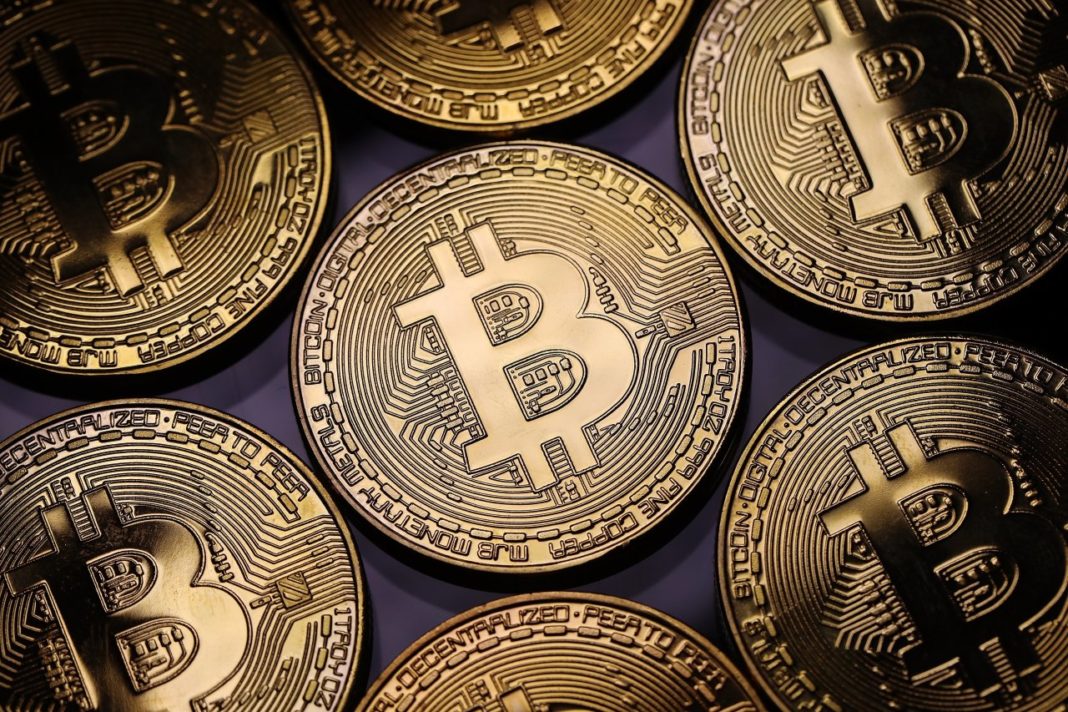 You probably must have heard a thing or two about the digital currencies that are now taking over the investment sector. Over the years, they’ve become so popular that everybody now wants to own at least one of them. One of these cryptocurrencies (or cryptos as they are fondly called) is Bitcoin and it’s been the ‘poster currency’ since it launched in 2009. When Bitcoin was first launched in 2009, only a few could have predicted that it would go on to be the most valuable cryptocurrency in the world today. Over a decade ago, 2 pizzas were bought with 10,000 Bitcoins and that today is worth over $607 million.

Although it hasn’t always been a smooth ride, people who invested a lot in it back then are hugely ripping the dividends. As Bitcoin began to rise, people wondered if it was ever going to reach a point where it’d bring them a lot of fortune. Some people took the giant step while some continued to wonder. Today, we know which of these two sets of people have been proved right.

Sometimes in 2018, the crypto lost its value hugely (approximately $3,300) and people began pulling out their investments by selling the coin out of the fear of losing all their money. Just a couple of years later, it’s now worth over $50,000 (note that Bitcoin price is very unstable) and a lot of people are looking to take the risk now. However, investing in what you know nothing about can be a little unwise but don’t worry, that’s what we are going to be discussing in this article.

We’ll be taking through a step-by-step guide on how to trade bitcoin in 2021 but before we get into that, let’s have proper knowledge of what Bitcoin is about.

As mentioned earlier, Bitcoin is a digital currency (it is also known as a cryptocurrency or simply crypto) that is not owned by any third party, central bank, or government. Because it’s not owned by a third party, it is known as a decentralized currency that operates in a decentralized system called ‘blockchain’. Before Bitcoin ever came into existence, the idea of Bitgold was proposed but for some reasons, it never materialized. Bitcoin was officially launched in 2009 after a whitepaper was published by a mysterious figure, Satoshi Nakamoto who is also credited for inventing Bitcoin. The first Bitcoin bubble would come in 2013 when it reached a then all-time high of $1,213. A year after the first meteoric rise, China banned Bitcoin with claims that digital currencies are illegal and are not equivalent to money.

In 2015, another digital currency was invented to compete with Bitcoin and that’s called Ethereum. Ethereum seldom took off until 2017 when Bitcoin reached another then all-time high of a whopping $19,787. This hike in the price of Bitcoin also affected Etherium which also reached an all-time high of over $1000. Sadly for investors, Bitcoin reached its lowest point since its meteoric rise only a year later when it hit $3,300. This caused investors to start selling their investments in Bitcoin. As of today, 1 Bitcoin is valued at over $60,000 and experts have predicted that it will hit hundreds of dollars by 2030.

How is Bitcoin changing the finance sector?

There’s usually something that comes with technology and that’s it not being initially embraced by the masses. Bitcoin is one of the technological inventions we’ve had the opportunity to witness in recent years and the fact that the acceptance today is better compared to the last couple of years shows how far we’ve come in embracing the future. Take a minute to think about it too. There’s a decentralized way of making financial transactions and these digital currencies seem to be fetching people a lot of money. The world is changing and the earlier people understand that, the better for everyone. Matter of fact, the people who have understood the concept of digital currencies from way back are the ones reaping the benefits now.

Ever since Bitcoin made it to the mainstream, it has had some sort of positive impact on the global economy. The fact that many investors are investing heavily in Bitcoin shows that focus has been shifted to it and it is affecting the overall global investments.

Trading Bitcoin is different from investing in Bitcoin and here’s why. Someone who trades Bitcoin is not doing it for a long-term purpose. The person just buys Bitcoin when there’s the possibility of a potential rise and sells when there’s truly a hike. On the other hand, investing in Bitcoin means that you’re buying and keeping for the long term with the hope of getting a huge return on investment. This means that you understand that in between, there are going to be hurdles but you don’t mind because there’s a positive projection of what it might turn out to be. In the Bitcoin community, the act of buying and keeping the cryptocurrency is termed ‘hodl’. This term first featured on a post in 2013 and people have since stuck with it.

Swing trading is when as a trader, you have studied the price cycles and you try to leverage on that to make profits. As a trader who has studied the market extensively, you can predict when the Bitcoin price seems to be on the rise and take advantage of this. Some traders can hold their Bitcoin for a couple of days until they think there might be a fall and cash in on their crypto

This trading type is as simple as the name implies. It means when a trader’s choice of trading is daily. The trader trades severally in one day and can either make either profits or losses in the process.

Traders who are fond of making small profits in a repeated series of trades are known to practice what is called ‘scalping’. With this trading method, it doesn’t matter how small the profit is, as long as they come in multiple times in a day, it’s enough. This way, risks are reduced to the barest minimum because traders don’t invest a lot of money and admittedly, it has now become one of the most practised trading methods.

Now you have proper knowledge of what Bitcoin is and how it works, we’re going to be looking at the best way to get into the business even as a novice. This piece will guide you through the things you’ll need to begin your investment in Bitcoin.

One of the first things you should do as a Bitcoin enthusiast is to make sure you do a proper background check on different trading platforms before settling for the one you think is best. There are numerous trading platforms in the world but you need to find the one that best suits your needs. The things you should look out for are each broker’s modes of payment, the minimum and maximum amount you can deposit, the minimum and maximum amount of bitcoin you can have in your wallet, and many more. Trading bitcoin should always be a comfortable thing so the last thing you deserve is to register with a broker that will make trading so difficult for you. Read reviews from previous and current users to know what you’re getting yourself into. After you’re done doing a proper background check, it’s time to move on to the next step.

Register with the trading platform

Settling for a trading platform means that you’ve done enough background check and you know enough about their modes of operation. Proceed to open an account with them. Registering on their platform means that you’ve agreed to share some of your personal information like your email address, contact number, credit card numbers, and many more. At this point, you need to be careful because you might be given some sets of numbers (depending on the platform you’ve settled with) that you’ll require to confirm your identity if you ever try accessing your account with an unfamiliar or new device. These numbers are meant to be kept carefully because if you lose them, you might lose all the Bitcoin investments as far as that account is concerned.

Deposit funds into your wallet

After you must have opened an account with them, the next thing to do is to fund your wallet and your journey into the cryptocurrency world begins! Different platforms have different modes of payment and they include debit/credit card, direct bank deposit, bank transfer, and many more. Choose a method that’s most convenient for you and follow the prompt. If your transaction is successful, you will get an instant reflection in your account and also an email stating a successful transaction and in some cases, you’ll also get a receipt with the transaction number.

Once you deposit the funds in your wallet, it can be used to purchase Bitcoin immediately. This process is pretty easy. You will see a list of cryptocurrencies you can purchase with your funds but Bitcoin will always be on top of that list. Choose Bitcoin and follow the prompt duly and in just a couple of minutes, you’ll see your Bitcoiin investment in your crypto wallet.

What is the difference between brokers and trading platforms?

Remember we discussed the difference between trading Bitcoin and investing in Bitcoin earlier? The difference between brokers and trading platforms is that one is ideal for buying and holding (hodl as it is often used in the Bitcoin community) and the other is for trading; both are meant for long and short-term purposes respectively.

A good example of a Bitcoin broker is Luno. Luno is widely regarded as one of the best crypto brokers in the world. Despite being founded just 8 years ago, the Singaporean company has been one of the household names and it continues to serve millions of crypto investors.

For trading, some of the most reliable trading platforms are eToro, Binance, Coinbase, and Bitpanda among many others.

The most known fact about Bitcoin is with how fast it’s growing, in the next couple of years, it might hit hundred of thousands of dollars. What most people do with their Bitcoin is that they do nothing. That might be a little weird but that’s the truth. They only keep it and keep tabs on the growth as days go by. The kind of return on capital Bitcoin offers is exactly the reason why a lot of people have invested heavily in it. In other words, it’s you keeping your investments until the value increases and you then decide what to do with it. 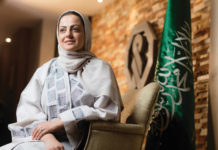 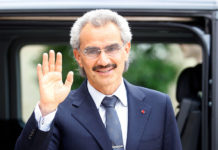 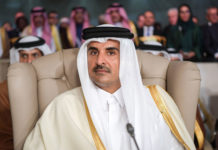